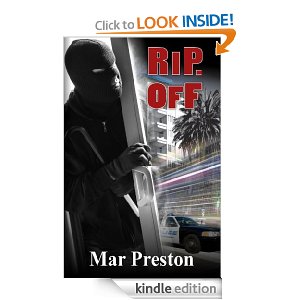 My second mystery, Rip-Off, is a whodunit about Chechen organized crime set in Santa Monica, not
Boston.

The news unfolding in Boston has me and the rest of the world gob-smacked, as the Brits say. It may be that Chechnya in the end has nothing to do with the Tsarnaev brothers, who went so terribly wrong.

They did, after all, spend little time in Chechnya, and some would say their formative influences were right here in America. But Islamic Fundamentalism has a long reach. If indeed, their motivation lies at the feet of some warped image of Islam.

In this fast-moving story, we have no idea what motivated a murderous spree at the finish line of the Boston Marathon. What will be revealed to us on interrogating the surviving suspect will be filtered through Need to Know. It would be foolish of the government to tell us everything he reveals, and they won’t.

I’ve been fascinated with Chechnya and the North Caucusus for years and read Chechen newspapers in English regularly to prepare to write Rip-Off. Take a look yourself.

For example, there’s Chechnya Media: http://chechnyamedia.com/. Or http://www.kavkazcenter.com/eng/ Do some background research yourself on the tenuous links the family seems to have with Kyrgystan. Or Dagestan, or any of the ‘Stans in the North Caucusus.

When I was researching Rip-Off, which was published in 2012, there was an open slave market in Grozny, Chechnya’s biggest city. You remember Grozny? It was bombed back to the Stone Age by the Russians during one of the two Russian attempts to quell Chechen uprisings.

They have oil in Chechnya. Otherwise no one would be interested in this cold, mountainous country.

Here’s a quote from Rip-Off:

Here Mason, a Homicide Detective from the Santa Monica Police Department, is trying to get information from the FBI.

“What do you know about Chechnya?”

“I did some reading up on it.”

De Leeuw snorted and spoke in short bursts. “That’s not going to help you a lot. Things started cooking in about 1994. Start of two wars when Russia went all-out to suppress their independence after Russia per se broke up. There’s oil in Chechnya. Their whole history is about fending off invaders. It’s only got a population of a million and an area of six hundred square miles, less than a lot of counties in California. Kidnappings, beheadings, massacres. There’s nobody to stop it. No law enforcement. No real government. Guerilla warfare. Muslim fanatics, the worst. You know there’s an open slave market in Grozny? The good people left. Then anybody who could get out got out, but first they got great training by criminal gangs. Economy still doesn’t have much to offer but oil theft, arms trade, counterfeiting and drug smuggling. Oh yeah, lots of wire fraud. Extortion.”

Mason quirked an eyebrow. Another agent came in and took the chair beside Mason. He wasn’t introduced.

“Lots of them landed in the US, a big number in Hollywood and Glendale.” He shook his head and the black-suited agent with the short hair beside him took a phone call, not taking his eyes off Mason. De Leeuw was acting squirrelly. It was plain to him that the Feds were only cooperating with him because they hoped he’d lead them to a bigger player in the Chechen mob. But the way the Feds played the game with the locals, he knew they wouldn’t give him the whole story.

“The most dangerous, the biggest organized Chechen gang is the Obshina, but not like a gang in the old Tony Soprano sense,” De Leeuw went on. “Back there they made their money from bank robberies, kidnapping and white-collar crime. Here they get together a team to pull jobs. They come together for a while and then they’re gone. All Chechen. We try to catch them before they disappear into the local Chechen community.”

“Lawless, clannish. There aren’t that many of them but they stick together,” said the agent beside him, speaking for the first time.

De Leeuw gave him a sour look. What? He wasn’t supposed to speak unless spoken to?

“They fly in assassins to do hits and help out with other assorted violence,” De Leeuw continued. “When it’s over, the hired hands just disappear. Then we see a new face coming in just to shore up some criminal operation on an as needed basis.”


And it is a whole new world. Nowadays Chechnya is ruled by a strongman ally of Putin, but not much has changed back in Chechnya. But in America our sense of safety and sanctuary has once again been shattered the way it has been in so many countries around the world. I became fascinated with Chechnya because the savagery there was so unimaginably distant. 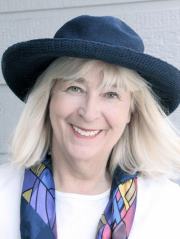 Mar Preston is the author of two mystery suspense novels set in Santa Monica -- No Dice and Rip-Off -- and Payback, set in a town much like the California mountain village where she now lives. But only nice people live there, unlike the fictional Sierra Mountain Village.