Sharing the Hidden Heart of Ireland

People often ask why I chose Ireland as a setting, and I always say it’s the other way ‘round—I’m fairly certain that Ireland chose me. For some reason, I've been drawn to that little island more than any other spot in the world ever since I was a child. There's just something about the deeply complex and contradictory nature of the place, all those layers of history one on top of the other—that lends a particular resonance to the kinds of stories I feel compelled to tell. I’m attracted to the otherworldly quality that emanates from certain spots in Ireland, and one of my aims in writing stories set there is to share some of those wonderful hidden places.

I’m fortunate to have some really good connections. My husband is an Irishman and a traditional musician; his name is Paddy O’Brien (not making that up!) and he plays the button accordion. Whenever we travel in Ireland, we visit musician friends and go to informal sessions where tunes and songs are traded. Those places aren’t exactly top secret, but they’re usually off the beaten path. You have to know where to go, or you risk straying into a bar where a DJ is blasting ordinary pop music, or even American-style country, also very popular in Ireland. If you’re looking for traditional music, it helps to know someone who knows where to find it. Paddy and I have gone into bars out the West, in Clare and Connemara where the locals are mad for set dancing, and have their own signature sets (danced in a square, with eight people and a bit of fancy footwork), that the people in that particular locality have been doing for a hundred years or more. All right, it does help if you bring along a well-known, world-class musician to play for them, but still…

When I take groups to Ireland, which I’ve been doing for the past three years, we visit many of the locations from my stories. There’s a lot of traditional music in my novels, because the main characters, Cormac Maguire and Nora Gavin, are both musicians. (He plays the wooden flute and she’s a traditional singer, as I am.) In the beginning the choice to make the characters musicians seemed like a handy way to give them a little extra dimension, but it also seemed pretty authentic, since many of our musician friends are also schoolteachers and journalists doctors, policemen, and scientists in real life. So many people in Ireland play traditional music that it seemed quite natural to have characters who’d bring along instruments when they traveled to an excavation site, just in case there might be a good local session nearby. As time went on, the music also became a way to flesh out the stories, a chance to slip plenty of history and culture into the mix, and to give the characters a true grounding and connection to the places they come from. 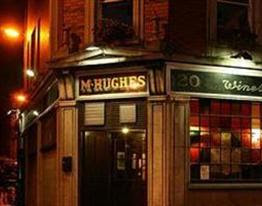 So when I bring people to Ireland, we always try to hit some music or singing sessions, like An Góilín – the traditional singer's club that meets at the Teachers’ Club on Parnell Square in Dublin, or instrumental session at The Cobblestone in Smithfield or Hughes’s pub in Chancery Street. Old friends are regular performers at all those venues. If you’ve never been to one, a traditional session is a feast of music—jigs, reels, hornpipes, a whirl of notes that will leave you exhilarated and sated by the end of the night—even if you’re not drinking porter.

I’m also fascinated by traditional culture, folklore, and folkways. My stories often involve ancient rituals from thousands of  years ago, still practiced today in Ireland—and there are many: bonfires set alight on the tops of hills at certain times of the year, crosses woven of rushes, trees adorned with rags and ribbons beside holy wells, and otherworldly ringforts said to be inhabited by the little people.

My husband  used to work in the industrial peat bogs of the Midlands, so we often cross these dark bogs, strange places where all surface vegetation cut away, where blackened peat from just after the last Ice Age still remains underfoot—not quite the picture of green Ireland that so many hold in their imaginations. I asked Paddy to take me to the place where he’d worked, since I was writing about a similar workshop in LAKE OF SORROWS. We parked the car, and as we approached the large machine shed, I asked, “Will anyone here remember you?” He said, “You must be jokin’. I haven’t been here since 1969.” But as we got closer, a man in a brown canvas coat stepped out of the doorway, looked us up and down once, and said, “O’Brien—what do you want?” The exploitation of the bogs might be bad for the environment, but in that part of the country, it was the only good job to be had. Everyone Paddy had worked with—way back in 1969—was still working there.

But the most fascinating thing about the industrial bogs is that they’re also the spots where much of Ireland’s archaeology is going on these days, and where artifacts and bog bodies still turn up with an almost alarming regularity.  At the National Museum in Dublin, we visit an exhibition called “Kingship and Sacrifice,” which features the remains of several bog people, thought to be human sacrifices during the Iron Age. One of these men was discovered by my husband’s cousin, Kevin Barry, while he was clearing a drain in a bog being developed for gardening peat moss. If this really is a small world, there’s no place smaller than Ireland. Everyone is linked to everyone else somehow, and if you need to get in to see the state pathologist or a member of the murder squad, you’ve nothing to do only ask your friends, and someone will come up with a connection. At least, that's what happened to me.

In researching THE BOOK OF KILLOWEN (Scribner, March 5), I visited the bog where the Faddan More Psalter, a 9th-century book of Psalms, was discovered, buried in a bog. My aunt and I went to interview Ned Kelly, an archaeologist and Keeper of Antiquities at the National Museum of Ireland in Dublin. And we visited many old ruined chapels and monasteries, and exhibits featuring some of the few existing manuscripts left from the days of the ancient scribes. We toured a friend’s organic farm, and visited with a local cheesemaker and his goats to get the flavor of the locality where this story is set. 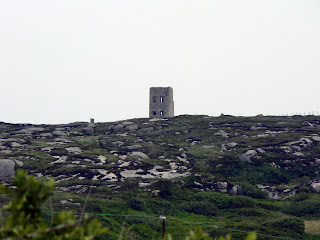 Of course on the HAUNTED GROUND tours, we also visit regular stops like museums and woolen shops and the Guinness brewery (practically required by law!) We also go to an old distillery, tiny pubs out the West, and we usually stop at the most haunted castle in Ireland where the current human inhabitant tells stories and plays a few tunes on the whistle. We venture down narrow, hedge-lined roads to wild boglands, rocky coastlines, hidden streams, and coral beaches that resemble ground-up bones;  we clamber around ruined monasteries and ancient burial places. It’s easy to miss these hidden places, and that’s why I enjoy sharing them so much, these spots where you can feel the connection to the past, where you can almost hear strains of ancient music in the wind that goes through you, right down to the bones. 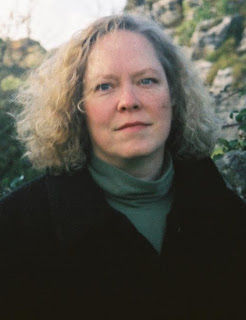 Erin Hart writes archaeological crime novels set in the mysterious boglands of Ireland. Before a wayward detour into crime fiction, she worked as an arts administrator, editor, copywriter, journalist and theater critic. Her debut novel, HAUNTED GROUND (Scribner, 2003) won the Friends of American Writers award and Romantic Times' Best First Mystery, was shortlisted for Anthony and Agatha awards, and was named by Book-Of-The-Month Club and Booklist as one of the best crime novels of 2003. LAKE OF SORROWS (Scribner, 2004) was shortlisted for a Minnesota Book Award, and FALSE MERMAID (Scribner, 2010) was named by Booklist as one of the Top Ten Crime Novels of 2010. Her latest, THE BOOK OF KILLOWEN, is being published by Scribner on March 5, 2013.  Erin lives in Minnesota with her husband, Irish button accordion player Paddy O’Brien, with whom she frequently travels to Ireland, to carry out essential research in bogs and cow pastures and castles and pubs.


Please drop by Stuff and Nonsense today for a review of THE BOOK OF KILLOWEN, to be released tomorrow.