By Andrew E. Kaufman
I'm currently in the throws of panic as I prepare for the upcoming release of my new psychological thriller, The Lion, the Lamb, the Hunted (Read: pulling out what little hair I have left and alternately banging my head up against the wall--it's not pretty). In doing that, I'm finding there aren't enough hours in the day to get everything done, so I'm reposting from my own blog. It's advice about writer's block, and it got quite a response when I first ran it, so I thought I might share it here, hoping to help my fellow authors. 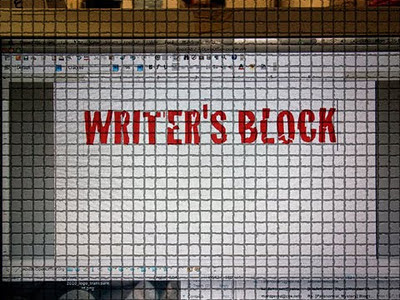 For a writer, there's nothing more horrifying than staring at a blank screen and having nothing to say. This sort of thought-paralysis can not only slow you down; it can stop you dead in your tracks. But quite often, we unknowingly create the blocks that bind us, and once we acknowledge that, it's just a matter of getting out of our own way. I've learned to see writer's block as an indication of a bigger problem: a signpost telling me that I've strayed off course and need to get back on track. Instead of fighting it, I make friends with it and listen very closely. After that, the key is finding my center and taking control of my mind--rather than the other way around.

Here's how I get back into the flow when swimming in a sea of verbal-doubt:

What you resist, persists: trying to fight it just creates another layer of resistance, so the first thing to do is surrender to the fact that you have writer's block and simply allow it to "be".

Stop everything: here's one instance where being a quitter is a good thing. Quite often, writer's block is the product of over-thinking. Your best defense against an overactive mind is to stop it dead in its tracks. At this point, trying to continue can be pointless--it'll only create more mind clutter. I'm not talking days here; I'm about a few hours, if you can swing it.

Tune out, turn on: What's the first thing you do when your computer freezes? You restart. The same can work for your mind when it becomes overloaded: Do a mental reset. Step out of your mind and give it a chance to find a new perspective. Focusing on your breathing is the best way to halt the process. Research shows that when you direct all your attention on each breath you take, your thoughts ground to a halt. I usually close my eyes and count my breaths. If I find my thoughts wandering again, I direct my attention back to my breathing until my mind stops reeling. 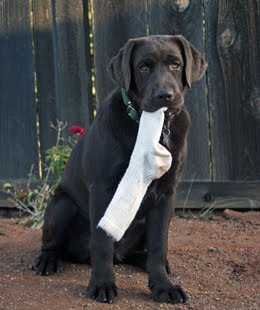 Do something else: After cleaning the clutter from your head, move to something completely writing-unrelated: Watch a movie, read a book, take a walk, or play with your dogs. Here's one my editor suggests and swears by: clean your refrigerator. Anything other than writing will work. Quite often, this is where I notice my engine starting up again. My brain kicks into gear and the wheels start turning. Ever notice how some of the best ideas come when you're not thinking about writing? While you're driving? Taking a shower? Dreaming? These are the times when your mind is at ease and the pressure is off. You can induce the same state by finding a pleasant diversion.

Road Blocks: What about the times when it's not your mind that's fouling you up but instead, it's your story? I can't tell you the number of times I've written myself into a corner, only to discover I couldn't find my way out. For me, a roadblock is another signpost, one that's telling me I haven't done my research. Knowledge is power, and the more you know, the more you'll have at your disposal to get the story forward-moving again. I'm not just talking about going on the internet and Googling. This is a situation where human interaction is the key. Talk to one of your experts, maybe even explain your dilemma. You'd be amazed by how another perspective--especially a knowledgeable one--can bring on a flood of inspiration.

Here are a few other things you can try in your efforts to thwart writer's block:

Change your atmosphere, change your mind: Take your laptop outside or to a place you don't normally write, and try working it from there. Sometimes new surroundings are all it takes change your frame of mind.

Unplug: Checking your emails or dropping by Facebook may seem like good way to take a break, but it's also a distraction, one that will pull you out of your thoughts. Continuity is the key to free-flowing ideas. Interrupt that process and you're asking for trouble. Try turning off your router or unplugging your ethernet cord to eliminate the temptation.

Get the blood flowing: move your body and your mind will move right along with it. Blood is vital to all working organs, the brain included, and research shows it operates more efficiently when the flow is at its maximum. Exercise creates endorphins. Endorphins make the mind sharper.

Sleep! I know, you hear it all the time: get plenty of rest. However, studies show that a lack of sleep will dull your creative edge. Pulling that late night writing session may save time but in the long run, will only slow you down.

Write in the morning: Studies show it, and most writers will tell you that the best time to write is shortly after you wake up. The mind is its sharpest after a good night's sleep, and we're better connected with our subconscious patterns when we rise and shine. The end of the day can be a bad time for the mind because it gets more polluted as the hours wear on, not to mention, more exhausted. The hour later you stay up to write can be shifted into the morning hours.

One last thing: The need for perfection is a writer's worst enemy. Don't have such high standards on a first draft, and don't be afraid to produce "garbage". Just sit down and write--you can tweak it later. Getting the words flowing will get the mind moving as well. American poet William Stafford probably said it best:

"There is no such thing as writer's block for writers whose standards are low enough."