The New Gal Confesses All 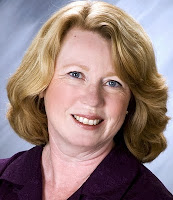 by Gayle Carline
First of all, let me thank the Crime Fiction Collective for inviting me into your cult. I can't wait to learn the secret handshake. In the meantime, I thought I'd let you know how I got into writing mysteries. It's not a pretty story, but I promise to spill all.

I've written all my life, but I didn't think about doing it for publication until I bought my first horse. My girlfriend, who had also been my technical writing instructor, introduced me to her editor at Riding Magazine, and before I knew it I was covering horse shows and interviewing horse folk. It was fun, but I wanted more. I like to write humor, so in 2005 I queried my local newspaper and ended up with a weekly humor column in the Placentia News-Times.
My dream, however, was to write a book.

I love to read mysteries, but I thought they'd be too hard to write. The best mysteries have a bunch of threads that weave together until you have a big, fat rope at the end, tied into a hangman's noose. I couldn't possibly write anything as complex as that, so I decided to write literary fiction instead.

Let's think about this for a moment. Picture, if you will, Herman Melville, telling someone, "I really wanted to write westerns, but I thought they'd be too hard. So I had this idea for a whale story."

The lovely part about naivety is that it comes with such a large side order of audacity.

So I wrote a 90,000 word tome. It took me over a year to finish. I now refer to it as my beautifully written piece of crap. I knew it was bad after I'd gone through two rounds of edits. The words are luscious, it has a beginning and an end, but it doesn't go anywhere and doesn't do anything. I'd tell you what it's about, but I don't know, and I wrote the damn thing. It did teach me a lot, however. Not only did I learn that pretty words are not enough, I learned that I could write 90,000 of them. I just needed them to tell a good story.

I turned back to the mystery genre. I had won a flash fiction contest with the tale of a seedy little man hiring a P.I. to find an ice cube tray in his own freezer. It was a kind of comic noir piece. I started to think… what else could you find in a freezer? Something you wouldn't suspect was in there? How about a body part?

Freezer Burn was born, my story of a housecleaner-turned-detective, who is roped into helping a former client clean his freezer and finds a severed hand inside, wearing an expensive ring. My P.I. is a 50-year old woman named Peri Minneopa, whose name is mangled by others as a running joke, one of the ways being Peri Menopause. The client is an annoying little man who is using his inheritance to buy Dean Martin memorabilia on eBay. I started out wanting to keep it noir, but sooner or later, the humor took over.

I'm such a nerd, I used an Excel spreadsheet to make certain the right clues were found by the right people in the right sequence. I kept the plot fairly simple, so I didn't have a lot of threads, but I wanted them to weave together in the end, even if it wasn't a very thick rope.

Freezer Burn was picked up by Echelon Press and published in July 2009.

My next book in the Peri series wasn't published until May 2011, mostly because it was a petulant child and refused to be constrained by spreadsheets. One day, as I was dutifully following my outline, I got a little bored. If I'm bored, I know the audience will be. So I hit Peri in the head with a golf club. At that point, I left the outline and went rogue. The book turned out to be a fun, if terrifying, writing ride for me, and I swore not to do that again. Or maybe I just swore.

The third book is humming along. I'm now trying something a little different, and doing journals on my characters to help me with their motivations. I'll still do an outline, but give myself permission to leave it as long as I promise to return.

Thanks again for inviting me, and I hope to keep you entertained every other Thursday. As an example of my humor, I'll leave you with the book trailer I made last summer for Freezer Burn:
Posted by Gayle Carline at 1:00 AM