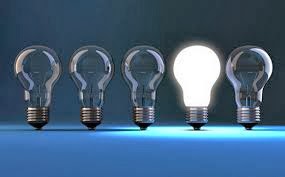 People often ask me where I get ideas for my thriller novels. And as often as I’m asked, I’m still surprised by it. I think it’s the wrong question. A better question is “What inspires me?”

Ideas are easy to come by, a dime a dozen. Open the newspaper and you’ll be assaulted with plot ideas. Stories about NSA eavesdropping, big business scams and $13 billion settlements, George Zimmerman’s latest brush with the law, even Obamacare are ripe and rife with kernels that can germinate and grow in the soil of a fertile imagination.

The origin of the plot for my first published mystery came from a story my father told me about how an investor cornered the market on shares of a company’s stock back in the ‘50s. The premise of my second book, in which a college student hangs himself in the woods off campus, evolved from a similar incident at my alma mater when I was a student. Blake Sanders, the protagonist of my current thriller series, grew out of a remark the local bookstore owner made about his newspaper carrier. And the concept for Night Tide, my latest novel, resulted from reading an article about a man freed from jail after serving 20 years for a crime he didn’t commit.

Ideas are everywhere. You can’t turn around without practically tripping over them. I sometimes think the most difficult aspect of being a writer is coming up with a) ideas no one’s thought of, or a new way of presenting them, and b) plots that are more thrilling than what’s in the news every day. Truth really is stranger than fiction. It’s our job as writers to take the same old same-old and breathe new life into it. The task—facing all those blank pages waiting to be filled with exciting plots and characters and settings that readers want to learn about—can be daunting.

Which is why I think the question of where inspiration comes from is more interesting. I’m inspired by a variety of sources in many different areas of my life. I play tennis five mornings a week with two different informal men’s groups. I also sub for another group occasionally on Sundays, and I’ve been on a USTA men’s doubles team this fall. On weekdays, I play at 6:45 a.m. every day, and there are days when that hour of the morning seems to come all too early. 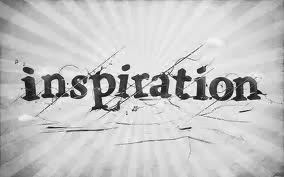 My inspiration for showing up every day comes from a few places. Three of the men that play in the MWF group are within spitting distance of their 90th birthdays. If they can get out on the courts without complaint, certainly I can. And in fact, they’d be the first to say that upright and breathing beats the alternative, for which I’m grateful every day. The TTh men are a little younger—most are in their 60s and 70s—and many are better players than I am. They inspire me to play up to their level. And, of course, watching the pros play on Tennis Channel inspires me to take lessons so I can improve even more.

The volunteers at the Homeless Cooking Project, sponsored by St. Clouds restaurant in Seattle the third Wednesday of every month, inspire me to give back to the community more often. I love working in the restaurant—I spent several years during and after college working in the business—and feel even better knowing that I’m helping make really nice, restaurant quality meals for about 500 people.

Writing, Tom Clancy once said, is like digging dirt. There’s little remuneration for many authors, and the process can be long and thankless. So why do we do it? What inspires us to dream up stories and put them down on paper or in digital files, hoping readers will find them? Most of the authors I’ve talked to say they feel compelled to write. They can’t walk away from its siren call.

When it comes to writing, two things inspire me most: reading authors whose work I admire, and those whose work is inferior but for whatever reason is widely read. The former spur me to practice and hone my craft, to try to become a better writer with each book. The latter motivate me to prove not only that I am a better writer, but also that there’s an audience out there for good writing as well as good stories.

My greatest inspiration? The love of my life—my wife, Valarie. She inspires me to be a better person each and every day. 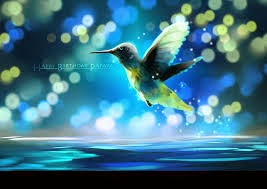 What inspires you? Where do you turn for inspiration?