Nice To Be Here 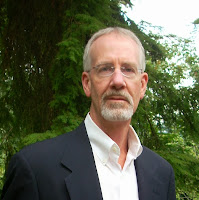 What an honor to join the author members of Crime Fiction Collective! When my friend LJ Sellers messaged me and asked if I’d be willing to replace a long-time blogger here, I jumped at the chance. Blogs like CFC, Killer Thrillers, Jungle Red Writers, Type M for Murder and others demonstrate the power of author collectives in building readership, generating dialog about a wide range of issues relating to writing and publishing as well as a number of other topics of interest to many of us, and drawing attention to causes that feed our passions.

Blogs like CFC also show how important group strength has become to individual authors’ careers in the Internet age. More than ever, it takes a village not only to raise well-rounded individuals, but also to grow an author’s readership and build his or her career. Readers have so many choices now. Especially with the advent and growth of self-publishing, breaking through the media “clutter” has become increasingly difficult.

My first mystery was published 25 years ago by Dodd, Mead, an old New York publisher founded in 1839. The company’s authors included Agatha, Christie, Ross Macdonald, Judson Pentecost Philips, Cornell Woolrich and many others. Consolidation in the publishing industry was taking place even back in 1988, and Dodd, Mead was a victim of a failed LBO as the industry contracted. Since then, I’ve seen phenomenal changes in the business. I sold my first novel on my own because editors used to read queries from authors and accept manuscripts submitted “over the transom.”

Relatively quickly, the role of editor at the major NYC houses changed. Editors became pitchmen for the books they liked and believed in, hoping to convince sales, marketing, finance and representatives of other departments sitting in editorial meetings to acquire those books. Once editors got a green light, they were essentially production managers, shepherding manuscripts through the process of becoming books. Authors soon needed agents to get in the door, and agents often took on the role of actually editing manuscripts to polish them enough to get them read by publishers.

Self-publishing, more often known by the euphemism “vanity publishing,” was a dirty word, and a true indicator of poor writing quality. Very few self-published writers sold their books, and fewer still sold enough to attract the attention of a “real” publisher.

Now that game has changed. Self-publishing is slowly gaining the respect it so often deserves. More so-called “mid-list” authors like me, who were dropped by traditional publishers, have turned to the relatively level playing field of e-books, and many are selling far more copies than they would have as traditionally published authors, and in some cases far more than they ever dreamed of. Budding new authors like Theresa Ragan are selling half a million copies of their books, and critically acclaimed and traditionally published authors like Marcus Sakey are turning down half-million-dollar contracts with traditional publishers to either sign with Amazon imprints like Thomas & Mercer or go indie.

For even the best writers there remains, however, the task and conundrum of finding and communicating with readers. And that’s where community comes in. Over the course of the past week I’ve been amazed by the outpouring of love and support for the family of Michael Palmer after his death last Wednesday. More surprising to me was the number of authors who called him friend--good friend, close friend, buddy. In the 25 years I’ve been writing and going to conferences, I never met Michael, and I feel a sense of loss for not having known him, as if I missed out on a secret that everyone else was privy to but me.

I’ve always thought of writing as a solitary business. Yes, we rely on outside experts to get the details of our books right. But the nitty-gritty of putting the words down on paper or screen is entirely up to each of us. But I’m coming to realize how many of us rely on each other for help and encouragement, from inception of a new book to spreading the news about a special price promotion on Facebook or Twitter.

My biggest thrill to-date as an author—a Thriller Award nomination for Night Blind tho past summer—was exciting because of the company in which I found myself, authors like Alison Gaylin, Sean Doolittle, Blake Crouch and Alex Marwood. Now I’m thrilled to be in the company of the terrific authors who make up CFC, and very happy to be included as a member of this village.

You’re all members, too, and the only way we can help each other is to communicate what we need. I hope you share your thoughts with me, tell me what you’d like to hear from me and let me know how I can help you.

What “village” do you rely on most in your life?


Michael W. Sherer is the author of Night Tide, the second novel in the Blake Sanders thriller series. The first in the Seattle-based series, Night Blind, was nominated for an ITW Thriller Award in 2013. His other books include the award-winning Emerson Ward mystery series, the stand-alone suspense novel, Island Life, and the Tess Barrett YA thriller series. He and his family now reside in the Seattle area.

Please visit him at www.michaelwsherer.com or you can follow him on Facebook at www.facebook.com/thrillerauthor and on Twitter @MysteryNovelist. Night Tide is available on Kindle and in print at http://tinyurl.com/nrzlp6x.
Posted by Michael W. Sherer at 10:07 PM