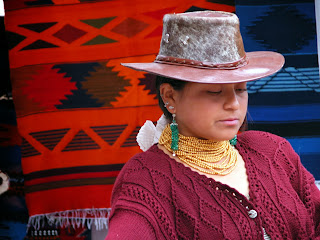 I'm white. Yep, probably not so much of a big reveal. I'm a little inordinately proud of the tiny bit of American Indian blood that flows through my veins, but… I'm white and there's really no getting around that fact.

My life experiences have all been as a white female. The only piece that even comes close to understanding the life experiences of someone from a different race or culture is that female thing. But still… not enough.

I'm tall, not horrible looking, and I don't have any physical or mental impairments. Visible, anyway. Another strike against any kind of personal knowledge about diversity.

On the plus side, I've spent the last thirty-nine years in an intimate relationship with someone who brought a different perspective to my knowledge of diversity. Someone who not only changed the filter, but changed the lens.

But how does a writer, with no real exposure to racial or cultural differences, bring the depth that  diversity offers to his or her writing?

In his book, MAKING SHAPELY FICTION, Jerome Stern says this about dialect: Do not attempt dialects with which you are not intimately familiar and for which you have not, in some way, paid your dues. Otherwise, you are likely to make a fool of yourself and seem to be a bigot as well.

No writer wants to be seen as a bigot, or even foolish. At the same time, what writer can resist a beautifully layered character who does look like all of the other characters they've created?

My advice, lame as it sounds, is to find someone familiar with whatever character you're building and ask them questions. Let them read what you've written with an eye for stereotypes. From an Eastern European to an African-American to Gay and Lesbian to a Mexican to someone who lives in Maine or Louisiana… respect them. Just as you would make every effort to research a plot detail, research your characters.

No man is an island. Expand your friendships and expand your horizons. Don't rely on what you've seen on the screen or read in another book. Rely on those who live it.

Readers, have you ever encountered a character that seemed off somehow? What did it make you feel about the rest of the story or the author?

Writers, how do you approach bringing diverse characters into your books?
Posted by Peg Brantley at 1:00 AM