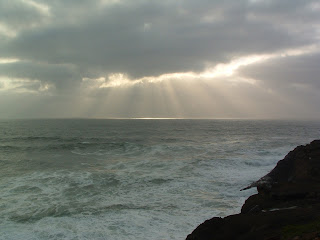 No, this isn't a plot point. It's a life point.

A friend of mine died suddenly on the night of March 10th. I think it was that night. I can't remember much about the phone call I received a morning (or maybe two) later, and I don't have any of the details.

Caron and I have had some pretty intense and deep conversations. Life issues (work, that drew us together to begin with; then an unfaithful spouse—hers not mine) followed by both religion and politics. Once we were no longer dependent financially, we were free to become connected spiritually. It would be a perfect world if every financial partnership included spiritual conversations, but ours did not. Once the financial pieces were behind us, a whole new world opened up. Complicated, but good.

It was liberating to have a relationship with someone where I could tell her she was way off base. Of course I always tried to do it diplomatically. From a place of love. And she responded back with the same love I threw at her.

Caron always excelled. If she wanted to be something—anything—she wanted to be the best. A musician? First chair in the orchestra. Loved animals? A vet. Sell real estate? Number one. Make money? Millions.

Then some tough lessons hit the fan. And because Caron was Caron, she had a really big fan.

One of the last conversations we had related to where she found herself at this point in her life. I think she finally got it when I told her she was in the perfect place. That everything that had happened had not been a mistake. Those things weren't against her, but for her. She fell completely apart and I knew she heard the words God was trying to send her through me.

Oh, God. I feel right now like I'm talking to her again. You know?  Right this minute. She's poked her lovely head in and I can hear her voice. She's sending me love vibes, the way only Caron could send them.

So here are my words to you. Take the time. Make the connections. Never walk away. Always be as honest and truthful as you can. Sometimes you have to throw off the detritus to get to the soul, but hey… we all have detritus. It's the soul that survives. It's the soul that understands and matters.

(This was originally posted on Suspense Novelist and is being reposted here at this time because hopefully I'm way too busy at Left Coast Crime to be able to be fresh. However, this was important enough to me that I thought it might touch some of our readers as well. Thanks for bearing with me.)
Posted by Peg Brantley at 1:00 AM