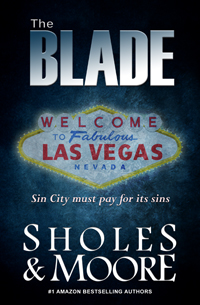 
Part I – The Challenges and Rewards of Co-Authoring a Novel
A few months ago, I had the privilege of editing The Blade, an excellent thriller by Lynn Sholes and Joe Moore. This was my first experience working with two authors simultaneously on one book, and I worried that it might be too complicated, but the collaboration went very smoothly! I can’t imagine co-authoring a book, so I was curious about how the process works for them. – Jodie Renner


JR: Welcome to Crime Fiction Collective, Lynn and Joe. Your new thriller, The Blade, has only been out on Amazon for two weeks and it has already garnered several glowing 5-star reviews. It promises to be a huge hit, and I feel honored to have worked with two such talented authors on the final tweaks and polishing of this riveting international thriller.
So how did you two end up co-writing, anyway?
Lynn: Joe and I belonged to the same writing critique group that met every week.  During the middle of each session we’d take a break and we’d all chat.  Sometimes we’d share ideas about other projects we’d like to do.  I had this idea about a book I wanted to write, but it wasn’t in my comfort range because of the genre.  Joe thought it was a great idea, and after a year or so, he finally threatened me that if I didn’t write the book, then he would.  We decided to give co-writing a whirl.
That produced THE GRAILCONSPIRACY, our first collaboration, which did very well. It was ForeWord Magazine’s book of the year and an international bestseller. So far, it’s been translated into 24 languages.
JR: Really? That’s impressive! Congratulations!
JR: What about the logistics of it all? How do two people write fiction together? 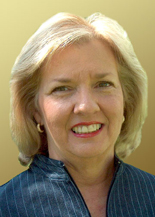 Lynn: I can only vouch for what Joe and I do. At first it was very difficult, not because we disagreed on anything, but rather because our styles and voices were so different. Joe wrote male action-adventure with a very bold voice. I wrote historical fiction with a more lyrical voice. So blending took a lot of work, but we stayed with it. As a matter of fact, friends are always guessing which line one of us wrote. They’re usually wrong, but we never tell. As far as the mechanical process, we do outlining and brainstorming so we know the story. Either of us could write it. Then whoever feels they have the best handle on a scene takes on the first draft of that scene. We send it back and forth for revisions. Using Dropbox makes it easier. We drop a file in the shared Dropbox folder and voilà! The other picks it up.
JR: Dropbox – hmmm… I’ll have to find out more about that…
JR: For The Blade, I love your main characters, Maxine Decker and Kenny Gates, and their story was fascinating! And multi-faceted! Not to mention whisking readers to all those interesting locations. Where do your ideas come from?
Joe: An idea that sparks a story can come from anywhere, anytime. Movies, newspapers, magazines, other books. What we look for is the seed that grabs our attention. Our first book written together came from an article in Discover Magazine about a cup found by an archeologist in Israel. He believed it was the Holy Grail and subsequently discovered that traces of blood residue were present. Could it have been the blood of Christ? What if someone used the DNA to clone Christ? The result was our first thriller written together, THE GRAIL CONSPIRACY. An article I stumbled across on the Internet about the Germans working on an atomic bomb at the end of WWII prompted our latest thriller, THE BLADE.

JR: Do you revise as you go along or when the novel is complete? 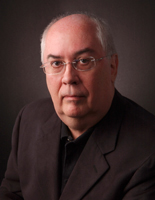 Joe: Because there are two of us and we exchange drafts of each chapter many times, the revision process is ongoing, with the final one after input from our editor. By the way, Jodie, we liked your process of editing in sections as we go along. That way we could change future sections before you got to them, based on suggestions on earlier sections.
JR: Some authors write long chapters and some write short ones.  You seem to favor short chapters.  Can you explain why you use that technique?
Joe: Most of our chapters average 1000 words. We do that to keep the reader turning the pages. If they see that the next chapter is only a couple of pages long, they will decide to read just one more. And then one more.
JR: Do you ever have writer’s block? If so, how do you handle it?
Lynn: Because Joe and I write together, I don’t think we’ve ever had writer’s block. Having a brainstorming partner tends to prevent that. Of course we have plot issues we have to work out, but not true writer’s block. One thing we have learned is that when you come to a stumbling block and don’t feel you are writing the best that you can, write through it and something will eventually pop up. That’s the beauty of knowing that there comes a time that is devoted to revision.
JR: It’s obvious from reading The Blade that you are both not only accomplished writers, but passionate about producing compelling, suspenseful fiction. What do you love most about writing?
Joe: Entering into the “zone” where you lose track of time and place as the words flow freely.


JR: The “zone” – ahh, that coveted place all authors wish for every day…


Readers and writers - do you have any questions for Lynn and Joe about their process or novels?
Part II of this interview, Learning the Craft and Indie Publishing, appears here tomorrow, March 3. See y’all there!

Lynn Sholes & Joe Moore are the international bestselling authors of THE GRAIL CONSPIRACY (#1 Amazon Kindle bestseller), THE LAST SECRET, THE HADES PROJECT, THE 731 LEGACY, THE PHOENIX APOSTLES (#1 Amazon Kindle bestseller), and their latest, THE BLADE. Their thrillers have been translated into 24 languages including Chinese, Russian and Greek. Visit them at: http://www.sholesmoore.com.


Jodie Renner is a freelance fiction editor specializing in thrillers and other crime fiction,  and she also writes craft-of-fiction articles and books. Jodie’s website: www.JodieRennerEditing.com. Jodie’s books: Writing a Killer Thriller and Style that Sizzles & Pacing for Power.
Posted by Jodie Renner at 3:30 AM