When Two Authors are Better than One 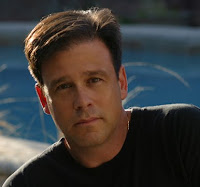 My decision to team up professionally with Michele Scott (A.K. Alexander) seemed like it was destined to happen from the word go, one of those odd life circumstances where things snap easily into place, and as soon as they do, you can’t remember them being any other way.

She’d actually been kicking my tail on the bestsellers list for weeks. Her title, Daddy’s Home, was in the number one spot for psychological thrillers, and mine, The Lion, the Lamb, the Hunted, was right behind her at number two. I kept thinking, “Who is this girl? I’m selling a hell of a lot of books, but damn, she must be selling a hell of a lot more.” 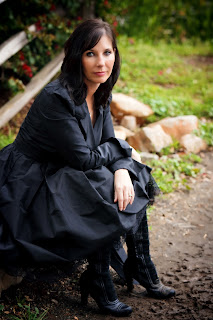 Several weeks later, I was just about to head out on vacation when I had a thought: her book was doing great, and my book was doing great. What if we teamed up together and did some joint promotion—sort of an author cross-pollination effort? We were both targeting a similar audience, and I figured maybe we could parlay it into a big one. With things changing as rapidly as they do in this business, you have to think on your feet if you want to sell books, so why not? The worst thing she could do was tell me to get lost.

Luckily, she didn’t. In fact, her response was more than favorable. To my surprise, she said she’d been watching me closely for weeks as well and had been thinking about the same thing, that working with another author could be a great opportunity. Then she mentioned that she’d also been thinking of co-authoring a novel with someone, and would I be interested? Was I interested? The wheels in my head were already turning. This could be huge!

In talking, I happened to notice that the setting for Daddy’s Home was in my hometown of San Diego, and during one of our conversations, I mentioned it.

“I live here too,” she replied, “Which part of town are you in?”

Now, you have to understand something: San Diego is a huge city, which, at last count, had a population of more than 1.3 million. My little town, on the other hand, is the size of a postage stamp, so small in fact, and so far out in the sticks, that half the people in the city have never even heard of it. So what are the odds that two authors standing back-to-back on the same bestsellers list would be living here? And what are the odds that I would unknowingly contact her to team up?

Next to none, I know.

At first, I thought she was pulling my leg, so I asked where in town she lived. She told me exactly.

Then I said, “You know what? I think we’re neighbors.”

And we are—literally a few blocks away from each other. 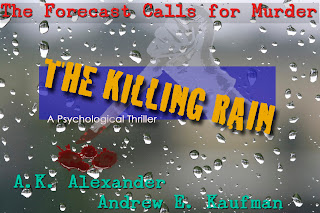 Meant to happen. See what I mean?

The professional relationship quickly flourished and we got busy working on our collaborative effort, a psychological thriller called The Killing Rain. How’s it going? If I told you better than we ever could have ever expected, would you believe me? Right away, the ideas began flying back and forth between us, and now, so are the pages. I almost feel guilty because it seems too easy. We’re so excited about this project that we’ve  decided to give it top priority, putting it out before our individual efforts.

The release date is set for this November, and neither of us can wait. We have big plans for this novel and are looking forward to sharing it with the world.

One last note: I have to add that working with another author is a creative process unlike any I've ever experienced. When we get together and start working, it's like there's a fire in the room that can't be put out.  It's both exciting and remarkably rewarding. We are a team, we're learning a lot from each other, and we're looking forward to a long writing career together.