Cut the Clutter and Streamline Your Writing 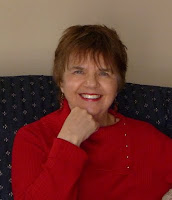 In my editing of fiction manuscripts, it seems one of my most important jobs is to help my clients streamline their writing so the ideas flow more smoothly.


I’m talking about those extra words that aren’t needed to enhance the mood, plot or characterization, or bring the story to life; the clutter of words that are getting in the way of the imagery and story and slowing down the pace.


Think of a flower garden that is stifled by weeds to the point where you can’t see the flowers. Or a cluttered basement or workshop, where you can’t find the things you really need. The good stuff gets lost, or at least difficult to find among all the junk.


So once you’ve gotten through your first draft, it’s important to go back in and cut down on wordiness and redundancies in order to make your story more compelling, pick up the pace, and increase the tension and sense of urgency.


But of course, don’t throw the baby out with the bath water—no need to make your style so laconic that you’ve sucked the life and voice out of it. Keep all those juicy words and phrases that set the tone, define your voice and attitude, add atmosphere, provide sensory details, deepen your characters, add to the suspense and intrigue, and so on. Just cut out the excess blah-blah and leave the gems behind.


Sol Stein calls this important part of the editorial process “liposuctioning the flab.” As he says, “Flab is the enemy of every writer. Superfluous words and phrases soften prose. […] Flab, if not removed, can have a deleterious effect on the impatient reader, who will pay less attention to each word and begin to skip….” But after you go through and cut the flab, the remaining text will be much stronger and more compelling.


So if you want your fiction to sell, here’s some clutter to look for and expel, so the readers have nothing between them and your story:


First, take out any words, sentences, or paragraphs that are unnecessary, impede the flow of ideas, and slow the pace down. Search and destroy all those little words and phrases that just clutter up your sentences, adding nothing.


Here are some examples from my editing. I’ve changed the details to provide anonymity.


Before: They slept each night in the cheap motels located less than a mile’s drive from the interstate.


After: They slept each night in cheap motels just off the interstate.

Before: “You must never touch anything in this room if I don’t tell you to or if I haven’t given permission.”


After: “You must never touch anything in this room without my permission.”


Even better: “Do not touch anything in this room without my permission.”

Or even: "Do not touch anything in this room."

Before: The captain often asked a question of his men without really wanting their opinion. It was his way of providing a sense of democracy to his leadership style, when in actuality there was none.


After: The captain often posed questions of his men without really wanting their opinion. It was his way of pretending his leadership style was democratic.

Before: Jason motioned to a particular number in the middle of the spreadsheet that Tom currently had on the computer screen.


After: Jason motioned to a number in the middle of the spreadsheet on the screen.


Or: Jason pointed to a number in the middle of the spreadsheet.


Or even: Jason pointed to a number on the spreadsheet.


Before: There was a long scar just above both eyebrows that gave him a sinister look.


After: A long scar above his eyebrows gave him a sinister look.


Or: A long scar on his forehead gave him a sinister look.

Before: I headed down a rickety set of wooden steps to the basement. There was a dim light ahead in the hallway. To the right there were cardboard boxes stacked high. To the left, there was a closed door with a padlock. Suddenly, I heard muffled sounds. There was someone upstairs.


After: I headed down a rickety set of wooden steps to the dimly lit basement. To the right cardboard boxes were stacked high. To the left, I saw a closed door with a padlock. Suddenly, I heard muffled sounds. Someone was upstairs.


I could play around with this some more, but you get the picture.


So, avoid cluttering up sentences and paragraphs with little words and phrases that aren’t needed, and impede the natural flow of ideas:


Before: Admiral Paul McLean strode into the room. A four-star admiral who currently was commander of the US Special Operations Command located in Tampa, Florida, McLean directed all the Special Forces throughout the military from the Green Berets to the Navy SEALs.


After: Admiral Paul McLean strode into the room. A four-star admiral and commander of US Special Operations in Tampa, McLean directed all the Special Forces, from the Green Berets to the Navy SEALs.


Finally, an example from Sol Stein:


Before: There is nothing I would like better than to meet an interesting person who could become a new friend.


After: I would like to meet an interesting new friend.

In Part II, we’ll examine more ways of streamlining your language to make your message more compelling, like cutting way back on adverbs, reducing the number of adjectives, avoiding repetitions of words, synonyms, and ideas, and cutting paragraphs and even scenes that don’t add anything or drive your story forward. 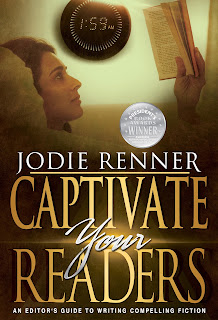