Where Fiction and Real Life Meet 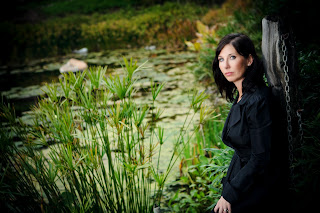 There is an experience that I think most women can relate to. There are some men who can also relate, but on a different level; they certainly can react when someone they love, such as a wife, sister, mother, friend has had this extremely uncomfortable experience.

From the time women are little girls they are taught to look over their shoulder, to be aware of who is around them, and to trust their instinct. I can remember my dad having a talk with me before I went off to college and him telling me exactly what to do if I felt threatened. I can remember an LA police officer coming into the sorority house I belonged to and telling the members what to do if threatened. My husband gives me a reminder now and then as to what I should do if I feel threatened. All three of these men suggested everything from screaming, to going straight for that male anatomy that would make any man scream…

NO for women, a threat can just be as simple as a feeling. If we live alone or even spend a night alone, we have a heightened awareness that we carry with us because it is ingrained in us.

I can remember the first time I felt truly threatened. I was about eighteen, and I was going to get my hair cut. I had never been to this particular salon, and I was not a genius when it came to directions. So, driving my 1984 Celica (most likely with Madonna belting out Lucky Star on my tape cassette), I found myself sort of lost and, as usual, low on gas. This was an issue my father has had with me since the day I got my license. Anyhow…I noticed these skuzzy-looking dudes driving next to me in their beat-up car. They weren’t just skuzzy. They were creepy, nasty-looking, long-haired, greaseball, slime ogres. And, they started following me. My stomach sank, and I could feel the rapid beat of my heart and the burst of adrenaline as I realized there was no gas station in sight, the gage was low, and I could not for the life of me find the salon. Remember, this was pre-cell phone. I tried to ignore the guys, speeding up and slowing down, singing along with Madge, and I knew that I had to get my wits about me—and at eighteen, I will admit that wits were not my strong point. I can remember talking to God out loud, just asking that He would get me safely to where I needed to go before I ran out of gas. Amazingly, that is exactly what happened. I found the salon and pulled into the lot where other people were around. The creepers kept on going. It was unlikely that these piece-of-shit characters were going to do anything to me, but I won’t ever know. I am sure, however, that they enjoyed intimidating me and freaking me out.

Through the years, other things have happened, things that would make me edgy and nervous. However, nothing quite like that until I was much older and the single mother to my boys. The boys were five and three at the time. My oldest belonged to a pee-wee soccer team. As usual, on Saturday mornings we would venture out for my son to play in a game. My youngest was with his dad that morning, so it was just my big guy and me. I was pretty shy during those years—I was a single mother who had been through some tough crap, and I had a tendency to keep to myself.

My kid had a helluva game. I was cheering as any happy mom would. As I stood on the sidelines, I could not help the feeling that someone was watching me. This sense enveloped me. It was surreal, and in a strange way, claustrophobic. I scanned the parents around the arena and the park. My eye caught this guy who just did not fit in. Dads of youngsters have that certain “dad” look. I don’t mean in a physical way, but you know when someone on the side of a game is Dad. He looks that part by his demeanor and interest in the game. This dude was young, okay looking, tall. But definitely no one’s dad. He smiled at me. A serious shiver snaked down my backside. I walked a few feet further down the side of the soccer arena. I did all that I could to focus back on the game and not the man who I knew was watching me. I was able to do a decent job of that, mostly because my son was playing an amazing game. When he scored the final goal, I jumped up and down and hollered out his name. As I went to run out to meet him, I realized that the man had made his way over, and before I could get far enough away, he actually said to me, “It was good for you, too, then.” 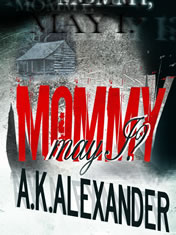 Oooh! Gross and just totally inappropriate! My jaw dropped. I ran over to where my son was and stayed in that mix of kids and parents until I couldn’t spot him anymore. I can tell you that for the rest of that day, I was constantly aware of my surroundings and looking over my shoulder. With my little boy, that awareness turned into full-on, “This Mom will kick your ass, you blankety-blankety-blank" mode (you can fill in the blanks).

I am sure there are readers out there who can relate to these two situations—the kind where your heart races and real fear charges your every nerve ending. It’s that feeling that a good thriller gives you while reading it. It is those exact feelings and the combination of these two stories (plus one that I won’t go into here about a stalker ex-boyfriend who I hope lives under a rock somewhere) that were the catalyst for my thriller, Daddy’s Home.

Readers ask all the time if I ever draw from real life experiences. Although the thrillers that I have written take the feelings from these stories to the extreme, I think that we have all experienced fear and can relate to the intensity of emotion. While these situations were unpleasant, I was able to get those emotions on the page and have watched as both Daddy’s Home and Mommy, May I? have climbed the Amazon U.K. charts. Daddy’s Home, was #1 and Mommy, May I? have remained in the #5 position for over a month! If you like thrills and chills, then I hope you will give these thrillers a try.

Also, feel free to share if you can relate to either one of these experiences. I’d love to know how you responded and what occurred.

A.K. Alexander is a pen name for international bestselling author Michele Scott whose work includes, but is not limited to, the Nikki Sands and Michaela Bancroft series as well as her latest blockbuster thriller, Daddy's Home. For more information about Michele and her work, please visit her website at: http://michelescott.com/
Posted by ANDREW E. KAUFMAN at 7:34 AM