Show Those Feelings — and Reactions!


One of the main reasons I put down a book is because it seems flat to me, the characters cardboard cutouts, the protagonist bland, bored and boring, or even cold and unfeeling. If the characters don’t seem to care about others or react to what’s happening to them, why should I?

Most fiction is character-driven, and to get into the story, we need to be able to identify closely with the protagonist. And we won’t do that unless they have some warmth and determination and hopes and dreams and insecurities and fears – and react to things! Then we feel and react too, along with them, and start to worry about them and cheer for their small victories. Once you have your readers fretting about your hero and rooting for him, they’re hooked.


As Jack M. Bickham says, “Fiction characters who only think are dead. It is in their feelings that the readers will understand them, sympathize with them, and care about their plight.”

So bring your characters to life by showing their deepest fears, worries, frustrations, hopes and jubilations. If readers see your hero pumped, scared, angry or worried, they’ll feel that way, too. And a reader who is feeling strong emotions is a reader who is turning the pages. 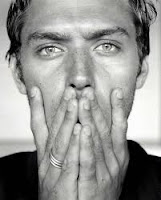 Jessica Page Morrell tells us that in fiction, the writer’s main responsibility is to “make the readers care; that is, bring us to tears or outrage or heart-thumping worry. Stories with emotional power engage the reader’s intellect, senses, and emotions as he sees and hears the unfolding action.”


Donald Maass wrote a whole book, The Fire in Fiction, dedicated to putting passion into your writing. In discussing your opening, he says, “Too many manuscripts begin at a distance from their protagonists, as if opening with a long shot like in a movie. That’s a shame. Why keep readers at arm’s length?”


He continues, “Novels are unique among art forms in their intimacy. They can take us inside a character’s heart and mind right away. And that is where your readers want to be. Go there immediately.”

And emotions take the reader into your story world, too. As Maass says, "It is the combination of setting details and the emotions attached to them that, together, make a place a living thing. Setting comes alive partly in its details and partly in the way that the story's characters experience it."


So always take time to show the characters’ feelings, thoughts and reactions to what’s happening around them. Don’t let a stimulus go without a response, an action without a reaction. And as your characters respond, so do your readers. 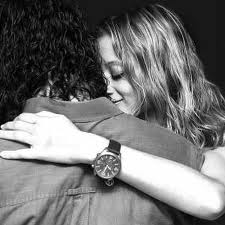 But don’t go overboard with it — you don’t want your protagonist to come across as gushing or hysterical or neurotic. It’s important to strike a balance so the readers want to relate to and empathize with your main character, not get annoyed or disgusted with her and quit reading.
As Morrell says, “Emotions also help propel a story forward, but it’s not easy to strike the exact balance of emotions in each scene. No emotions on the page, no emotions in the reader.” BUT “Melodrama on the page and you inspire indifference in the reader.” 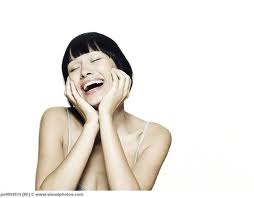 She continues, “Beginning writers often fall into the trap of overdoing with shrillness or silliness. Their characters have hair-trigger tempers and are forever howling in fury, throwing tantrums, and issuing ultimatums. On the flip side, sometimes beginners pen a sob story of misty-eyed sentiments or a way-too-cheerful and saccharine, gee-whillikers tale.”

But you don’t want to have a story that leaves readers “feeling nothing besides shades of boredom.” So how do we strike that balance? How do we as writers find the emotions to bring our characters to life, but also find a happy medium between flat, emotionless characters that bore us and hysterical drama queens that make us cringe?


Morrell advises, “Since emotions are embedded in the human condition, you need to find a way to portray jealousy, betrayal, grief, misery, rage – the whole gamut of strong emotions – with nuance yet believability.” Friends, beta readers and critique groups can be an invaluable help with this.


Jack M. Bickham advises us to consider how we’ve felt in similar circumstances, then over-write first, and revise down later. “I would much prefer to see you write too much of feeling in your first draft; you can always tone it down a bit later…. On the other hand, a sterile, chill, emotionless story, filled with robot people, will never be accepted by any reader.” He counsels writers to “avoid the impulse to play safe.”


In Part II of this article, we’ll discuss specific techniques on finding those emotions and striking a balance between showing too little and too much emotion.


Do you have any techniques for bringing out your characters’ reactions and feelings? And for ensuring that you don’t go off the deep end with it?


Resources: Jack M. Bickham, The 38 Most Common Fiction Writing Mistakes; Donald Maass, The Fire in Fiction; Jessica Page Morrell, Thanks, But This Isn’t For Us.