Can You Get Fingerprints From a Dead Body? 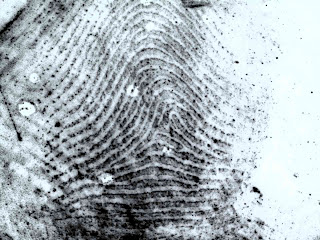 No, I'm not talking about taking the victim's fingerprints, I'm talking about developing the killer's latent fingerprints from the victim's skin. The simple answer is yes, but the process is anything but simple. Latent fingerprints are a reproduction of the raised (friction) ridges in sweat. The sweat is 99% water but the remaining residue is made up of amino acids, fatty lipids, and salt among other "contaminants". There are a lot of factors including, environment, surface conditions, and a person's biology, which may affect the quality and recovery of those latent (invisible) prints. For example, a heavily textured surface won't allow enough of the ridges to make contact in a way to leave a recognizable print. Other surfaces may be so contaminated (dirty) that the fingers simply remove dust rather than leave an impression.

Human skin presents unique challenges to the investigator. First, the skin may not be totally smooth (hair). Second, the skin may already be "sweaty" or covered in a residue that masks the deposited fingerprints. Third, fingerprints can be easily damaged or smudged and are at constant risk of being lost during a struggle or movement of the body. Time is another significant factor. As the body decomposes these prints can be lost in a matter of days. Living victims can also rub them off through cleaning or massaging injuries (like wrists). Having said all that fingerprints can be recovered from a dead body.

One of the most critical factors in recovering fingerprints from skin is humidity. The humidity helps to "activate" the fingerprint residue making it more susceptible for reagent processing. Successful cases in the literature seem to be from crime scenes in humid environments (like Florida or Mississippi). Investigators may also alter the humidity by erecting a "tent" over the victim and adding humidity via a humidifier or bucket of hot water. Investigators have found that a relative humidity of at least 75% is ideal.

There are a couple of processes which have been successful in developing suspect fingerprints from a dead body. One is the use of a superglue (cyanoacrylate) fuming wand. The superglue is heated to a vapor form which then affixes to the residue of the fingerprint. It can then be photographed or developed further with powders. Another method is the use of magnetic fingerprint powder. This process seems to work best if the body is only a few hours old. The powder is brushed onto suspected areas (like the wrists, ankles, face, or breasts) and any developed prints are photographed and lifted.

Although is is very difficult to recover suspect fingerprints from human skin you should consider using it in your story. It is an amazing discovery linking a suspect to a body. If nothing else, your characters should make the effort to recover them or have a "white knight" character do it to break the case wide open. However you plan to use this process just remember that anything your suspect does with the body after touching it (such as burial, rolling down a hill side, putting in a dumpster) may all potentially damage the prints. IN an ideal situation the suspect would simply drag the victim by their wrists or ankles and leave them be. Don't be afraid to experiment with alternatives, just keep in mind that they are fragile.