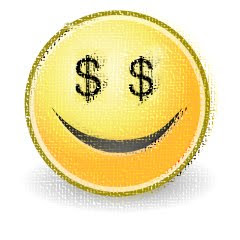 When I’m not busy being a control enthusiast, I tend to be a little suspicious of things. Well, not just a little, I guess. A lot.

So when my debut novel, While the Savage Sleeps, went to number one on Amazon, I thought something had to be wrong, that it was a mistake, that there was a ghost in the machine, that…well, something. I mean, passing up Nora Roberts and Stephen King didn’t just seem surreal—it seemed damned near impossible.

The truth was, it did all of those things, and in addition to that, the book remained on the bestsellers list for the year that followed, at which point I knew the machine wasn’t broken.

But something else was.

Because once the euphoria dissipated, I began to panic. It suddenly dawned on me that I needed to write another book, and fast. Not only that, but I needed to write a damned good book, one that was better than the first. After all, my readers were waiting, and I was scared they’d compare my next novel to the first. There were also the sales to consider. Could I keep the momentum going while I worked on the next one? Could I hold on to my readers? Would they forget about me? Being an author with only one book to my name, these seemed like valid concerns.

It appeared my dawning had blossomed into a full-blown obsess-fest, and it wasn’t the least bit pretty. I spent the next year second-guessing myself into a frenzy. Nothing I wrote seemed good enough, and it always came back to one central theme: that I was turning out crap, that the first book was better, that my success was a flash in the pan, a one-time fluke. The readers were anxiously awaiting my next book, and there I was, losing self confidence and beating myself to a pulp.

I realized I’d become so caught up in the success of my first book that in that process, I allowed my reality to become drastically skewed. My priorities got all mixed up.

See, here’s the thing: I don’t write just to make sales. It's not about the money. I write because I have to. I mean I really have to. For me, writing is like breathing, and life without it wouldn’t be life at all—it would be something less than. It’s all about the journey I begin each time I look at that fresh, blank page.

I'd somehow forgotten that.

Don’t get me wrong. I love sharing my work with the world, love connecting with my readers—and putting food on the table and gas in my tank are definitely priorities. But that's about survival, not about why I write. I write because it’s an essential part of who I am, because there’s this raging fire inside me that I can’t put out. I think if you follow your fire, your passion, then the rest will fall into place naturally. That’s what happened with my first book. There were no expectations at the time, just me and my words, and that, I believe, is why the novel found its own success. Because my passion came out through my words.

Once I got on track, I felt an enormous shift within me. The words began to flow, and—surprise—my second novel was born, one that I know is better than my first.

So tell me, gentle readers: What about you? Money? Happiness? Or a little bit of both?