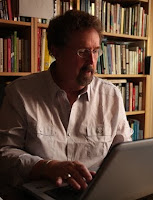 In October of 1920, the New York publishing company John Lane issued a mystery novel called The Mysterious Affair at Styles, for which the author was paid the princessly sum of 25 pounds by her British publisher, which released the English edition in 1921.

The book received good reviews on both sides of the Atlantic, with special attention going to the detective who solves the crime, a bravely-mustached Belgian named Hercule Poirot. Even the most enthusiastic reviewer, however, had no way of knowing that this little mystery was the beginning of the most successful literary career in history. In the 91 years since The Mysterious Affair at Styles, books with Agatha Christie's name on the spine have sold – how many copies?

Guess how many she sells, on the average, every day.

If you guessed THREE BILLION COPIES, you guessed low. It's four billion. Which comes down to an average of 12,042 copies every day, 365 days a year, for 91 years. Dame Agatha Christie is the only writer in the world to outsell Chairman Mao.

So, when a modern-day publisher decides to put out a new complete works of the Great Dame, whom do they ask for a blurb?

Me, apparently. Despite the fact that she sells more books before lunch than I sell in six months, Harper publishing turned to me for the blurb that will give Dame Agatha a little sales bump.

So, on the back cover of the new Harper edition of One, Two, Buckle My Shoe, you'll find these deathless words:

All great characters are capable of entertaining us again and again,
but only the very greatest are new every time we read them.
Hercule Poirot is a member of this very exclusive club.
– Timothy Hallinan

So, there. I've given her my blessing. I have to admit that the logic of getting Timothy Hallinan to blurb Agatha Christie is a little on the fuzzy side. It's sort of like Tom Cruise asking Rob Schneider for an autograph. But I'm honored, and I hope, in whatever literary limbo Dame Agatha presently inhabits, she's not shaking her head and clucking disapproval.

Actually, I think it's much more likely she's saying, “Who?”

By the way, the book is crackerjack. I predict great things for its author.


Timothy Hallinan is the Edgar and Macavity-nominated author of the Poke Rafferty Bangkok thrillers, the latest of which, The Queen of Patpong, has received multiple award nominations. He's also the author of a series of six mysteries set in Los Angeles in the 1990s featuring Simeon Grist. The series, which began with The Four Last Things, is available in e-book. Hallinan also writes a series of original comic thriller e-books about a burglar, Junior Bender, who moonlights as a private eye for crooks. The series opens with Crashed, now available for Kindle.