You Are What You Eat

In honor of the holidays, when we all likely indulge in too much rich food, too many glasses of our 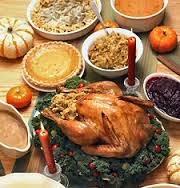 favorite libation, too much stress and too little sleep, I thought I’d offer up some food for thought. We’ve all heard the old saw “you are what you eat.” It turns out it may be true in ways we never dreamed of.

We think of our physical selves as skeletons and organs wrapped in muscle and covered with skin. Most of our parts are similar to those of everyone else. In some cases they’re even interchangeable (though not exactly plug-and-play). Scientists have discovered, though, that the cells comprising all the microorganisms on and inside us—the flora and fauna of our individual ecosystems—than there are body cells.

Some of these microorganisms are good for us, some bad. H. pylori, for example, a bacterium sometimes found in the gut, causes peptic ulcers. Scientists once thought the acid environment in your stomach was so hostile that no bacteria could live there for long. Up until 1982, most thought that ulcers were caused by spicy food or too much acid. A couple of Australian scientists (a doctor and a pathologist) finally cultured the bacteria when they unintentionally left their Petri dishes out over a five-day Easter weekend. To prove that H. pylori actually caused ulcers without having to go through years of experiments with lab animals and human trials, one of them drank a beaker of the culture and within ten days had developed gastritis and an ulcer.

Scientists now are learning even more about these little creatures that live inside us, and some now think that microbes in our gut may actually influence how we think. And you thought that gut feeling was just instinct. MRI exams of people’s brains show that connections between different areas within the brain vary depending on which species of bacteria dominate their gut. 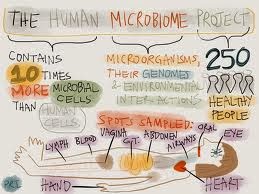 In mice, scientists have exchanged the gut bacteria of anxious mice with that of fearless mice, and the behavior of each changed. Fearless mice became more timid, and anxious mice took more chances. They also measured changes in brain chemistry and found that feeding the mice probiotics or antibiotics to change the mix of microbes in their gut also changed brain chemistry that affects mood and behavior.

One of the ways the gut “talks” to the brain is through the vagus nerve that runs from brain to abdomen. When researchers in Ireland cut this nerve in mice, the brain no longer responded to changes in gut microbes. The experiments have even expanded to include symptoms of autism in mice. By altering the mix of microbes in the gut with probiotics, researchers have been able to ameliorate autism in mice. A study on people with bipolar disorder is having similar results so far.

Perhaps even more far-reaching, though, is the fact that researchers now believe that soon it may be possible to identify people by their unique “microbiome” signature. On a body farm at Sam Houston State University in Texas, pathologists are learning how to improve time-of-death accuracy through the study of microorganisms, not just insects. And researchers say that someday pathologists may be able to use microbiome signatures to identify how and where someone died, and even the perpetrator if the victim was murdered.

When you’re tempted to have that extra helping of turkey and mashed potatoes or another slice of pie during the next week or two, remember that it’s not just the extra calories you’ll be packing in—you literally are what you eat.


He and his family now reside in the Seattle area. Please visit him at www.michaelwsherer.com or you can follow him on Facebook at www.facebook.com/thrillerauthor and on Twitter @MysteryNovelist.