Is any PR good PR?

In regard to the question, "is any PR good PR," the answer goes something like this: “Yes, as long as you spell my name right.” What's implied is, “Just talk about me.”

In the Information Age, everyone is talking, and Andy Warhol’s precognition that some day everyone would have their 15 minutes of fame is already old history. Anyone with a web cam or a smartphone can be a star on youtube in under five minutes. But is it true that any PR is desirable?

Last week on Comedy Central's The Colbert Report, the American Handwriting Analysis Foundation (a nonprofit educational organization of which I'm president) and its Campaign for Cursive committee were lampooned. Colbert made fun of the fact that the "AHAF" on the logo is printed, rather than cursive. Then he showed our C4C logo, the pink blob with googly eyes that we fondly call “Brainy,” and suggested it would give kids nightmares. 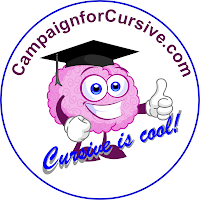 So, was that negative publicity, or did it matter because an influential TV show was talking about us? What were the results? We got about a dozen emails, two of which were from trolls (when you anonymously email a stranger, there’s apparently no need to be either polite or kind). They both stated basically that just because they don’t like to write in cursive, nobody’s kids should have the opportunity to learn this skill. Of course, that left ten supportive emails, and in fact, two of them said that if we offered a C4C T-shirt, they would buy one (we’ve decided to do just that).

No doubt a lot of people saw the segment, most of whom would otherwise never have heard of AHAF or C4C. That’s probably a positive. I am left wondering, though, what Stephen Colbert’s true feelings are about keeping cursive handwriting training in the curriculum--and what does his handwriting look like? A friend has suggested I mail him a copy of my book, The Complete Idiot’s Guide to Handwriting Analysis, but I think the title might just open up a can of worms. The important message is that current research indicates cursive training helps develop young brains--if they want to quit using it later, so be it, but there is a window of opportunity when it positively affects reading, spelling, and remembering.

Many people are not aware that more than 40 states have removed the requirement to teach cursive writing from the public school curriculum, Private schools still do teach it, putting public school kids at a distinct disadvantage. Kids who can't write cursive can't read it. Anyone interested in why removing cursive training is a very bad idea is invited to visit www.cursiveiscool.com. Happily, seven states have seen the need to keep it alive and have made new laws to return this important training to the curriculum.

I don’t have an answer to the question I posed at the beginning. But I’m hoping you, dear reader, will have some input. Please leave a comment.
Posted by Sheila Lowe at 12:00 AM