I've been trying to catch up on my reading and I've made a conscious decision to read books out of my usual wheelhouse.


Most recently I've selected two authors who are constantly receiving accolades. Reed Farrel Coleman and Megan Abbott are two crime authors that seem to win awards every time they release something new. They aren't on the New York Times best sellers list but they almost never get a bad review.

I'm not going to write reviews of Onion Street and Dare Me. Instead, I just wanted to share my impressions.

Now, for full disclosure, Reed is a buddy of mine and I've met and chatted with Megan.

I think what makes both of these writers so exceptional is that when you're reading their work you forget you're reading. They are both good at writing like a real person thinks. They don't bring you out of your reader's reverie by jarring you with words or situations that seem unrealistic. 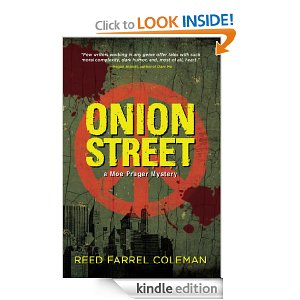 Their story lines are tight, their characters are consistent and the voice of their books are just so smooth. In short they make it appear easy.

And that's what pisses me off.

For the last nine months I've been dedicating myself to learning the song "Baby What You Want Me To Do" on the guitar. I want to be able to play it exactly like Elvis does. Every day I go over the mechanics of it. I can play it from beginning to end and it sounds like the song.

No one has yet to mistake me for Elvis, though.

I think writing is a lot like music. The best at it make it seem easy. They don't force it and they don't make you, the audience, work too hard.

It's what Reed and Megan both do so well that you can miss it.

And it's what I'm aiming for.