A Tale of Two Critique Groups

By Sheila Lowe
It was the best of times, it was the worst of times...(thank you, Mr. Dickens). Actually, it was the end of 2001 and I was pretty new to mystery writing and seriously in need of feedback from other writers. Lucky for me, I attended the No Crime Unpublished conference hosted by the Sisters in Crime Los Angeles chapter. There I met another writer, who, it turned out, lived a couple of miles from me, and was looking for a critique group. With no one else offering to take us on, we decided to form one ourselves, with Barnes & Noble’s back room as our venue.

B&N had one requirement—the meetings had to be open to the public and advertised in their calendar. At our first meeting two people joined my new critique partner and me, and we were pretty pleased with ourselves. We all read each other’s work and critiqued our little hearts outs out.

Two weeks later, we arrived for the next meeting to find the back room occupied by a large group. I’ll admit to a small fit of pique as I sought out the store manager and demanded to know why somebody else had taken “our” room. He gave me a look and said, “They’re here for your writing group.” What?! No less than twenty-two people were sitting in that room, waiting for us to drop pearls of wisdom on them.

Everyone introduced themselves and the four of us who had read our work in advance of the meeting began to discuss each other's work. It was something of a surprise when several of the first-timers commented on our stories, which they had never seen. By the meeting’s end it was obvious that a group that size would need a bit of structure, so the original four had a conference call (this was before Skype or Zoom.us) and hammered out some simple rules and regs, of which I’m about to share a summary, hoping you’ll find it helpful if you decide to start a critique group:

1. Mystery/Suspense/Thriller is our genre. In order to participate, your story must have some strong plot element that involves mystery.
2. Only members who submit will be allowed to critique (with the exception of #4, #7).
3. The same manuscript may be submitted twice: a draft and a final version.
4. After having submitted an entire novel, a member may take a submission break and continue to critique.
5. Critique the work, not the author. Any cruel or obvious attack on a member is grounds for a vote off the Island!
6. In order not to place an unnecessary burden on members (reading all those pages takes time!), groups of 4-6 will be formed based on sub-genre.
7. Please submit your pages (limited to 20 each meeting) via e-mail, a week in advance, and bring critiques to the following meeting. This helps us run sessions more efficiently, rather than reading and critiquing on the spot. If pages arrive after the requested submission date, readers should critique only if their schedule permits.
8. Manuscripts should be submitted in the following format:  1 inch margins, Times New Roman or Courier Font, a header that includes the title, author’s name and page numbers.
9. Everyone has an opinion and the author has the final say about his/her work. However, we suggest that if several members are making similar comments, it’s a good idea to listen. 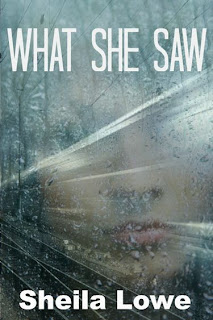 Not too many rules, nothing arduous. But on week number three, those twenty-two people—the ones who critiqued us without reading--had shrunk to eight. So much for our need for structure and rules.
We went on meeting bi-monthly, and for a couple of years, people came and went. Some didn’t stay very long after discovering that we were deadly serious about accepting only those who were willing to do the work.
Then Bruce Cook joined and brought along Bob Bealmear, who eventually brought along Gwen Freeman—all stunningly good writers. In the end it was those guys—Bruce, Bob, Gwen, and I who kept working together, supporting each other and sharing stuff we were learning about publishing.

Then we all got published. Ten years later, we no longer meet regularly, but we still like each other and we still critique each other’s work—email makes it easy.

When I moved away, I started up a second group. It, too, has seen members coming and going—we keep scaring people away—what’s up with that? It finally came down to one other writer and me, and recently we’ve added a police chief, which is really cool. You can believe we pick his brain on a regular basis.

Both of these groups continue to prove invaluable to my writing career. Being without them would be like walking a high wire without a safety net. So if you’ve been thinking about starting or joining a critique group, take the plunge. It’s worth the risk.
Posted by Sheila Lowe at 12:51 AM