I'm stoked. My second book will be published next month if all goes according to plan.

The Missings will have been written, self-edited, beta-read, edited again and then edited once more as a pre-edit edit, then professionally edited, then proofread. Then it will be formatted for both ebooks and paperback.

It has a great cover. (I love this cover!) There are even some readers who are waiting for it.

That's all it needs, right?

I've been thinking about this, and I've come up with what I think is the single biggest mistake indie authors make on the business side of their books. And I'm pretty sure I know it's true because I'm sooooo tempted to make the same mistake.

We get too damned anxious to publish.

We all know about the pipeline involved with traditional publishing: that long and seemingly Endless Wait for your book to finally become available. One of the pluses for doing everything yourself is to be able to be more immediate with readers; more immediate with your career. 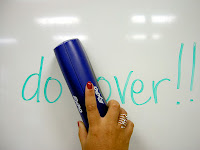 But we miss some things—some important things—if we rush too fast. These are a couple of the things a traditional publisher would be working to put in place during the Endless Wait.

Since I just published my first novel, I know these items might be more difficult with a debut novel, but for a second? I think they're imperative, and should be done before publication:


The hard part is letting your book that is ready sit for a week or two longer in order to get these other plans in place. But a week or two is a whole lot better than a year, don't you think?

The exception to this line of thought might be the author out there who is publishing his or her eighth or  ninth or eleventh book—they're a known quantity and might not need the bump from reviews and endorsements.

But for those of us in the early stages of the game? You've taken the time to do everything right up until the book is ready to publish. You've fed it, nurtured it, educated it and clothed it. Now make sure it has the support system and social contacts it will need to rise above the millions of other books that are out there.

Writers, what other things do you think help impact the success of a well-written book?

Readers, what helps pull you toward a relatively new author?


Peg Brantley's debut thriller, RED TIDE, has found it way into the hands of more than 30,000 readers in the six months since its publication. THE MISSINGS, a police procedural, will be available in October.
Posted by Peg Brantley at 1:00 AM