Casey Anthony—Her Family—And The Secrets Reflected in Their Handwriting

Peg Brantley here, turning over my time at the gate to someone who has some timely juice to share.
Please welcome Sheila Lowe to Crime Fiction Collective. Sheila is a forensic handwriting examiner (and an author), and she's taken a peek at some of the people surrounding the Casey Anthony murder trial. Read what she has to say about what their handwriting reveals.
(Sheila examined a sample of my handwriting awhile ago, and nothing horrendous must have shown up because we're still friends. Phew!)

The Anthony’s — The secrets in their handwriting

Casey Anthony has been judged Not Guilty by a jury of her peers. The reactions go from one end of the spectrum to another. The family is even receiving death threats.

It has been some time since a trial has created such intense public interest—maybe not since OJ Simpson, or Scott Peterson. Allegations of murder, sexual abuse, illicit romance created a veritable soap opera that could never be sold as fiction. It’s just too over the top to believe.

At the center of the circus is Casey Anthony, now 25, a young woman who has been proven to be an inveterate liar, accused of the most heinous crime—overdosing her 2 year old daughter with chloroform and leaving her body to rot in a wooded area where men go to relieve themselves and dump garbage.

Part of Casey’s defense has been that she was the victim of childhood sexual abuse by her father George and her brother Lee, which, her attorney claims, was covered up and taught her to live a lie. As a forensic handwriting examiner, I was interested to analyze samples of the major players in this drama, to see what could be revealed about their personalities.

Handwriting is not a crystal ball. It cannot determine whether Casey killed her young daughter, nor whether her father and/or her brother molested her. However, it does reveal a lot about behavior and motivations. If I had been unaware of the accusations, the signs of early sexual abuse were evident in her handwriting. That is, Casey’s handwriting is similar in many ways to the handwritings of other women who were the victims of childhood abuse.

The excessively large, overly rounded, crowded style are signs of a weak ego in someone who grew up believing that the world revolved around her. Never learning how to set proper boundaries gave her an unrealistic view of the way things work. There isn’t enough “air” in the writing, words are crammed up against each other, allowing for zero objectivity. There’s an inability to set boundaries between herself and others. As someone who sees only how things affect her, she fails to look at the big picture.

The lack of lower loops are an indicator for secrecy and denial, in that her desire and ability to look back at the past and learn from it are cut off. Her personal pronoun “I” is made like a stick figure, which is interesting in that the PPI represents the writer’s feelings about their parents. Generally speaking, we’re taught in school to make the I with an upper loop (feelings about mother) and a lower loop (feelings about father). When a writer cuts off the loops and makes a straight stroke, a bid for independence, pushing away the parents.

Casey’s handwriting has a very slight leftward slant and is “print-script,” a combination of printing and cursive. There’s a big conflict between her big emotions and her cool-heatedness, so she can be both highly impulsive and premeditated, depending on her mood of the moment—and because she doesn’t plan ahead, her life is lived in the moment. Her signature is illegible, another form of covering up. She crosses through her last name—her father’s name—which is a way of denying him. 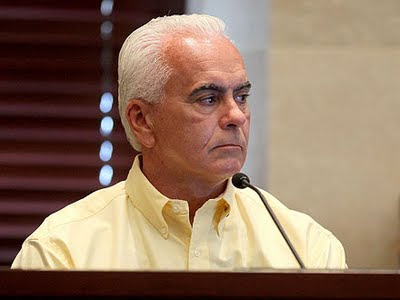 Turning to George Anthony’s handwriting, he has two styles (only the cursive is shown here). As a former police officer, he sometimes uses block printing, but he also writes in cursive. His cursive style has a rather feminine appearance (gender is not conclusively revealed in handwriting), and the writing is very regular, with strong rhythm. Handwriting analysts look at contraction and release, which indicates how balanced the writer is in the way they express emotion and control emotion. George’s writing is strongly contracted, meaning that he holds everything inside, where it builds up until it explodes (which we have seen on the witness stand). This type of writing also say that image is extremely important to him. For anyone to see him as less than perfect and totally competent produces feelings of intense humiliation. People with this type of handwriting are usually willing to go to some lengths to keep up appearances. 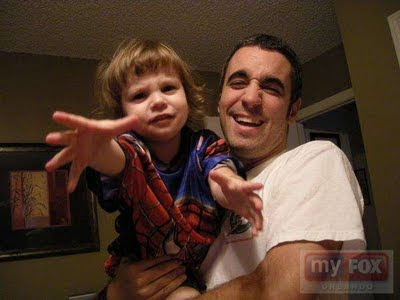 Casey’s brother, Lee Anthony’s, handwriting slants in a variety of directions. The baseline, even though he’s writing on lined paper, bounces up and down, too. And the size of writing fluctuates. All this variability points to tremendous inner conflict, emotional torment—and of course, with good reason in this case. It’s more than that, though. People who write like Lee tend to feel as if they didn’t get the nurturing they needed early in life. He’s very sensitive, quite different from his sister, who is about as sensitive as a rock. He may feel as if he never quite fit in, that he’s missing something that everyone else seems to have. He’s also impatient and can be quite critical and sharp-tongued—notice the i dots that look like dashes. Because he feels emotionally isolated, it’s probably hard for him to relate to others on their level, but of these three people, I would tend to believe what Lee says more than any of the others. 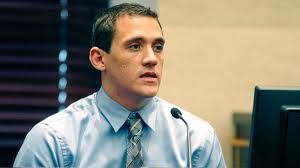 What about Jesse Grund, a former boyfriend of Casey’s? Surprisingly, perhaps, Jesse’s handwriting shows a reasonable overall balance. There are no big red flags that stand out—maybe that’s why they broke up. He looks like a nice guy, and she needed someone who would feed her insatiable need for approval and attention that bordered on worship, but also someone who would abuse her, speaking to her inner fear that she’s not loveable. 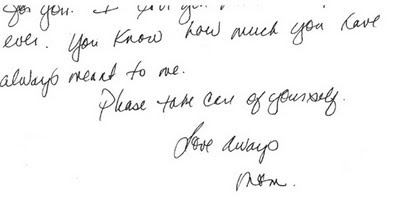 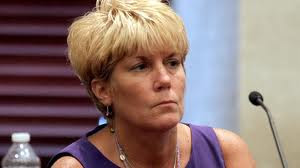 Finally, let’s take a peek at Casey’s mother, Cindy Anthony. Cindy’s handwriting says she’s what we might call a “good girl.” She wants to do the right thing, to keep things orderly and take care of the people she loves. After all, she’s the one who got this ball rolling by calling 911 and reporting little Caylee missing. Underneath the good girl, though, is a rebel that defiantly pops out every now and then—we see this in letters that suddenly grow large, such as the “k” in “know,” and the “s” at the end of “always.” Her signature is particularly interesting, with its little bow tie on the top of the “o” in “Mom.” Because of the area in which it appears, it could be interpreted as symbolically locking her lips and keeping her own secrets. And keeping secrets is something at which this family seems to excel. 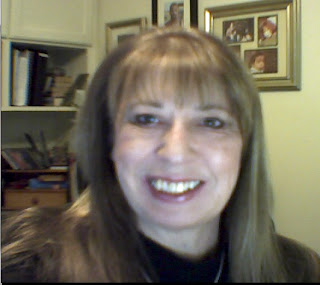 Sheila Lowe is a forensic handwriting examiner who testifies in cases involving handwriting. She is the author of the Forensic Handwriting Mysteries (www.claudiaroseseries.com) and The Complete Idiot’s Guide to Handwriting Analysis. Sheila also helped to produce the Handwriting Analyzer software—try it out free at www.writinganalysis.com For more information about handwriting analysis, visit her website: www.sheilalowe.com