Authors are not the Enemy 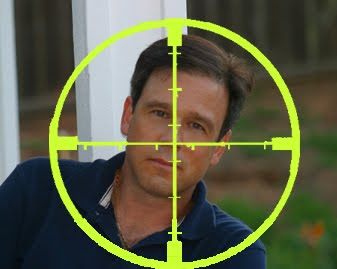 I get that. Not only do I get it, I sympathize. But what I don’t understand, and what concerns me, is the increasing hostility some readers have toward authors, along with the notion that we’re the enemy.

I recently dropped out of a very popular online group for Kindle readers because the contempt seemed to be reaching epic proportions. It made me uncomfortable and felt unfair, if not insulting. When the group tried to organize a monthly post where authors could list their work—a sort of online book fair—there was a huge uproar. Many simply wouldn't have it. A very adamant and heated discussion ensued, during which, one member said she didn’t want it because it was a DISCUSSION group, not a MARKETING group. Then she compared us to door-to-door salesmen who drop by and force her to watch a presentation of their product.

For me, the comparison seemed deeply flawed and unfair. A door-to-door salesman is a stranger. The authors in the group were not. Most owned Kindles, most read books on them, and most participated regularly in the discussions. Besides, nobody was "forcing” her to see anything. Hence the reason it was placed in a separate thread and offered only once a month. If she didn’t want to read it, she had the option of simply ignoring it.

What some people fail to realize is that authors do read. In fact, many of us do so in a voracious manner. We're also human beings with feelings—although, in reading comments posted in various online discussion groups, it would appear some are unaware of this. Here’s just a small sampling:

I don't want authors contacting me. All they want to do is pimp their book.

don't like authors taking over my threads. It keeps people from saying what they really want to say.

I don't want to talk to authors unless I initiate the conversation.

Authors shouldn't be allowed here. It's for readers who want to discuss books.

Authors send me friend requests all the time. I tell them to go f*#k themselves.

I liked this book until I saw what the author looked like. I'll never read another one of their books.

And it's not just the readers who perpetuate this attitude. Many websites, in their attempt to crack down on BSP, are enacting strict rules. And they should. But some, it seems, go a little too far. I recently got this email from Goodreads:

I am once again asking all authors (and regular members as well) to remove any signatures they use to advertise their books at the end of their posts. By "signatures" I mean links/urls at the end of your posts linking your books/website/blog that have no relation to the topic you're posting in. Any posts like this will be subject to deletion.

This is in an effort to keep the amount of author promotion to a minimum so that those members who aren't interested in reading the self-promotion aren't beaten over the head with it. Many members have expressed their displeasure with the promotion, and this is my way of cutting down on it without eliminating it.

Beaten over the head? With a signature line at the very bottom of the page that has a title or website? Even non-authors put website urls in their signature lines. It’s sort of become a standard practice, a way of telling people who we all are.

The point I'm trying to make here is this: We are not the enemy. We write books, ones that readers read, and last I checked, that isn't a crime. At the very least, we deserve respect.

We’ve worked long and hard to earn it.