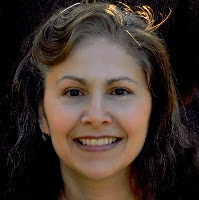 This guest post is by April Hamilton, founder of Publitariat and managing editor of Kindle Nation. It's reposted from her personal blog.


I just read this article about Bookish.com, a new joint venture being launched later this summer by Hachette Book Group, Penguin USA and Simon & Schuster. Per the article:

"The site intends to provide information for all things literary: suggestions on what books to buy, reviews of books, excerpts from books and news about authors. Visitors will also be able to buy books directly from the site or from other retailers and write recommendations and reviews for other readers."

The publishers — Simon & Schuster, Penguin Group USA, and Hachette Book Group — hope the site will become a catch-all destination for readers in the way that music lovers visit Pitchfork.com for reviews and information. A couple of sentences further down, you'll read:

“There’s a frustration with book consumers that there’s no one-stop shopping when it comes to information about books and authors,” said Carolyn Reidy, the president and chief executive of Simon & Schuster. “We need to try to recreate the discovery of new books that currently happens in the physical environment, but which we don’t believe is currently happening online.”

There are three problems with Ms. Reidy's statements.

First, there is NOT "a frustration with book consumers that there's no one-stop shopping when it comes to information about books and authors," because in fact, there are several sites that offer one-stop shopping for author/book information. Perhaps Ms. Reidy just hasn't heard of such obscure, underground sites as Amazon.com, Goodreads.com, Shelfari.com, and LibraryThing.com.

Second, nobody needs to "recreate the discovery of new books that currently happens in the physical environment," because for the average consumer, discovery of new books NO LONGER HAPPENS IN THE PHYSICAL ENVIRONMENT. Once again, it's Amazon, Goodreads, Shelfari and LibraryThing to the rescue here, not to mention genre-specific online communities like Smart Bitches, Trashy Books and format- and device-specific online communities like Kindle Nation Daily.

Third, Ms. Reidy and her compatriots don't "believe [this is] currently happening online." Why not? How is it possible that publishers are THAT FAR out of touch with book buyers? I'll tell you how: traditionally, publishers have viewed booksellers as their customers, and book-buyers as the customers of booksellers. They have little to no idea what's bouncing around in the head and life of the typical consumer, because they haven't had to know those things to run their business at any time in the past —past being the operative word there.

So these three major publishers are sinking massive amounts of time, effort and money into a huge new initiative that I think just about any typical book-buying consumer on the street could tell you today is destined to fail. And how do you suppose they'll be financing this new initiative? Certainly not by reducing the prices of their books, or signing more new, unproven authors, or keeping books on physical shelves longer to give them a better chance of catching on, or giving individual authors more marketing money.

I'm sure the publishers would say this initiative is all about supporting their authors and marketing books in a cost-effective way, so kudos to them for good intentions. But while they may know book and author marketing today is all about author platform, they clearly don't understand that author platform is all about community, and community is about making personal connections and feeling like you're part of a movement. Which do you think a fan of Stephen King would rather visit: Stephen King's personal site and online community of fans, or the obviously corporate umbrella site, Bookish.com?

Bookish.com content will necessarily be vetted and vanilla, so as not to hurt the corporate images and reputations of its backers and to avoid offending any site visitors. Anyone who wants the raw, unfiltered version of musings from their favorite authors and opinions of others in those authors' communities won't bother with Bookish.com when they can get the straight scoop right from the horses' mouths elsewhere.

I hate to sound so negative and dump all over publishers like this, because it's a good thing that they're finally willing to try something new. But at this point, they face the same problem Microsoft did with its Zune MP3 player: Apple got there first with the iPod, and they did it very well. If you're going to enter the marketplace with a new product for which the demand has already been fulfilled by someone else (or several someone elses), then your product has to be so incredibly, amazingly compelling that consumers will feel they're missing out by not switching to it. Microsoft tried it with the Zune; I think by now we can all agree they failed to capture enough of the MP3 player market to even make Apple break a sweat. And Microsoft has decades of experience with technology and marketing direct to consumers.

So Bookish.com gets an A for effort, but a goose egg for vision and sustainability.

Publishers: maybe you're looking at this all wrong. Maybe instead of trying to supplant the Amazons, Goodreads and Shelfaris of the world, you should be looking for ways to leverage what those sites and communities are already doing, and doing very well: crowdsourcing.

Let them tell you what the readers want to see in print and ebook forms. Listen to consumer complaints about ebook release windows and pricing, and respond accordingly. Switch to POD book production so you can offer a much wider variety of titles at a much lower cost; grousing about the lack of variety and fresh, new voices from mainstream pub is so common as to be a pastime in reader communities. Stop chasing after blockbusters and start tuning into the pre-existing discovery network to locate your new literary stars. Keep your ears to the ground for breakout indie authors, and sign them, knowing they're already proven commodities. Get and keep a bead on technologies consumers are excited about (color ebooks, interactive book apps, etc.) and invest in those technologies.

Your role as arbiters of taste and gatekeepers is a thing of the past, and the position of Reader Community Leader has already been filled. Own it. Restructure your businesses and legacy thought patterns to embrace this new reality. Now, your role is to find out what consumers want in print books, ebooks and emerging media technologies, and give it to them. Period.
Posted by L.J. Sellers at 3:55 PM