Browsing in a Hollywood memorabilia shop, PI Jeri Howard comes across a poster that reminds her of her paternal grandmother, Jerusha Layne Howard who had been a bit player in the movies before her marriage.
The elderly man behind the counter of a Hollywood memorabilia shop tells PI Jeri Howard that her paternal grandmother and namesake Jerusha Layne Howard, once a bit player in the movies, had been involved in the investigation of the murder of a British actor named Ralph Tarrant. He didn't specify what Jerusha's role was, but the comment is enough to pique Jeri's curiosity. 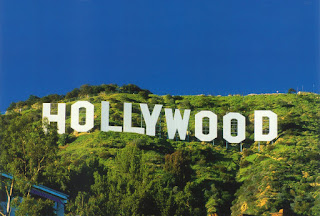 She contacts her elderly Aunt Dulcie, in the hope that Jerusha's sister might remember something, and is thrilled to learn that Dulcie has saved the letters she received from Jerusha during those years. Reading them, Jeri finds out that her grandmother had shared a house with three other young actresses, and that one of them had dated Tarrant.

While searching for background information about the old man in the memorabilia store, Jeri stumbles onto the murder of a woman who collected Hollywood memorabilia, who had refused to sell any of her items to the store. When another collector is killed a few weeks later, Jeri begins to wonder if the present-day murders might be related to the decades-old case involving Jerusha. As Jeri investigates, the reader learns along with her many real details about the early days of the movie industry.

Dawson's first Jeri Howard novel since A Killing at the Track(2000), is a riveting mystery, at once historical and contemporary, for which she has obviously done deep and thorough research into the Golden Age of Hollywood.

*FTC Full Disclosure: Many thanks to the publisher, who sent me a copy of the book for review purposes.
Posted by Unknown at 6:00 AM