Have you ever read a book that you absolutely love, but your best friend says, “meh?” Of course you have. And there are doubtless many books that don’t resonate with you at all, but millions of others rave about them. For me, it was The Girl With the Dragon Tattoo. Every one of us reads through our own personal lenses, which are an outgrowth of our personal life experiences over time. That is just as true of agents and editors as it is of you and me. So when you receive a rejection, remind yourself that publishing is a highly subjective business and that rejections do not necessarily reflect the quality of your work.

Having said that, if you are getting similar comments from several of your critique partners or other readers, it’s wise to step back and take a very good look at what they are saying. For me, doing so made the difference between getting published and staying on the outside looking in.

When I began sending out my first mystery, Poison Pen, I got a large number of responses that said it was a “good” story, had “good” characters, I was a “good” writer, but...it wasn’t strong enough. Huh? What the heck did “not strong enough” mean?

Hopefully, you’re quicker on the uptake than I was. It took me seven years and numerous drafts to find the answer. It came from an independent editor I’d finally hired (a smart thing for any author to do). What I learned is that not strong enough” means there are too many adverbs (those pesky words that end in “ly”) sprinkled through the manuscript. 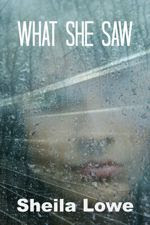 The other lesson I learned from my first editor was that my character was also too weak. I hadn’t realized that she was constantly feeling guilty until someone else pointed it out to me. Readers want your character to be strong—not that there can’t be moments of weakness, of course—she’s not a robot. It’s just that guilt-ridden heroines are not popular heroines.

I seem to have digressed. Don't let rejections discourage you. Keep going, even when you feel like Sisyphus, forever damned to push a boulder up a hill. In an interview with James Rollins, he said that a major publisher scribbled on his first manuscript that it was unpublishable. That book went on to sell over a million copies. So see—it’s all subjective. Keep submitting until you find the agent or editor who loves your work. Every rejection takes you another step closer to success.

My latest book, What She Saw, is now available in paperback as well as on Kindle: http://www.amazon.com/dp/1492309168 You can read the first chapter of each of my books here: www.claudiaroseseries.com
Posted by Sheila Lowe at 12:00 AM