Well For Crying Out Loud 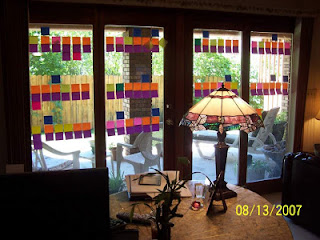 I 'm almost finished with the first draft of my next book and I already know I'm in for some crazy revisions because of (gag me) timelines. And with my other books? Yep… timelines were an issue.

My sister has a saying which she has used on her sons quite a lot and her husband from time to time. It goes exactly like this (I know because I'm hearing it in my head):  The failure to plan on your part does not constitute an emergency on my part.

The photo above was when I had a clearer head and a story that I don't think will ever see the light of day, but look at the pretty timeline picture I made. (The timeline worked a lot better than the story.) The photo below shows a sort of "seat of the pants while still plotting" style but no timeline. 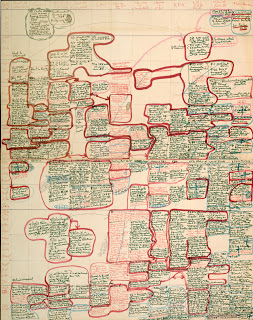 And this is J.K. Rowling's impressive spreadsheet for Harry Potter and the Order of the Phoenix: 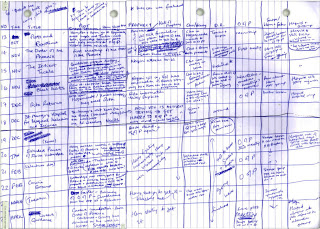 I was sure my scene list and plot stream of consciousness work would eliminate the need to also require a timeline. In fact, my timeline folder is filled with important ceremonial dates for the religion featured in the manuscript. And pages and pages of blank calendar months. Nothing else.

I will be experimenting with what I think might be a lovely piece of software for my next book. It's called Aeon Timeline. I sure hope I remember it early on…

What about you? What do you use to keep track?