What do I know?


When I decided I wanted to write a novel, I took that write what you know business to heart. I wrote about a Midwestern girl who jumps in her car and travels to the West Coast, something that I had done. The problem was I didn’t know how to write a novel. To my great surprise, the characters all revolted, and the girl’s car broke down in Amarillo. 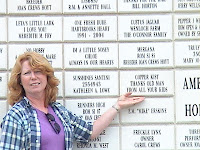 What the hell did I know about Amarillo? I’ve been there once, long enough to visit the American Quarter Horse Museum, and eat at Cracker Barrel.


That (really sucky) novel sleeps peacefully on my external hard drive, where I use it for spare parts.


After writing what I knew turned out so abysmally, I threw caution to the wind and tried writing what I wanted to know: a mystery. Much like Amarillo, what the hell did I know about writing a mystery story?


Not much. But I knew how to read and enjoy them. I knew what to expect when I watched them on TV. I had to have a crime, and a plucky character who would poke around in all of the corners, looking for the solution.


As far as writing what I knew, I used a few familiar things to help me. For example, I made my private investigator, Peri, a former housecleaner. I like a clean house, and know how to do it. Having that little background story gave me a bond to her. I like dirty martinis, so I made that her signature drink. 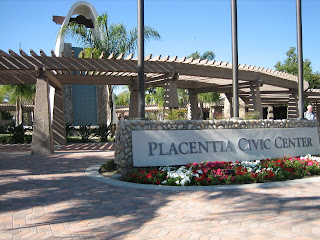 I also know my hometown of Placentia, California. It’s a small town squished between other towns. I know its streets, its neighborhoods, and its feel. I know how it tastes and smells. Setting a mystery there meant I didn’t have to create someplace else.


I now had a protagonist and a location that I knew.


As for the mystery part, well… how does a bland little Midwestern gal inject suspense and thrills that she’s never experienced?


In the end, I used two of my own hobbies: puzzle solving and communicating with my husband. Mysteries are a lot like puzzles. There are pieces that you must gather, data you must analyze and slip into the correct slot. This translates to clues, alibis, and information that is collected by the protagonist and the reader in order to come to the “AHA” moment.


As far as my husband is concerned, I am married to possibly the most laconic man on the planet. He also possesses a soft, deep voice, which is sometimes inaudible to me due to some hearing loss at the lower registers (yes, too many concerts in my youth). If I want to know anything, I can either chase him down and hound him until he speaks clearly, or just follow the clues he leaves behind.


I remember one day, when we were supposed to meet friends for lunch. It was in the days before cell phones and there was a mix-up at the restaurants, and we were trying to figure out whether Dale would be able to find us. I mentioned that he had taken clean clothes with him that morning, so he was probably changing at the tennis club, making it useless to leave a message on the home phone.


One of the women looked at me, agog. “Don’t you two ever talk?”


Well, not that much. I make assumptions about where he’s gone, what he’s doing, and what my next move should be, if any. Maybe I am a private investigator. A very private one.


I’ve now written three Peri mysteries (and one short), and a lot of times I feel like I’m in the weeds and don’t know why I’m not writing what I know. That’s when I remember my horrible first novel, and I go do a little research until I can move forward.


I hope this gives other writers the encouragement to take what you do know, write it into what you don’t, and stop stressing about the rest. It’s fiction, people. You don’t have to get it right. You just have to get it believable.


And if readers think that I make writing sound like it’s as unknown as most of life in general, well, it’s true. We don’t just want to tell you a story. We want to lead you through an experience.


If we knew where we were going, it wouldn’t be half as much fun. 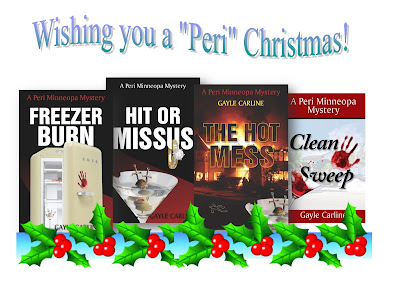