I’m not sure I really am a mystery writer. Up until I received my first Edgar, I thought I was a generic novelist interested in crime. I don’t plot, I don’t murder a character before chapter three, and I don’t plant red herrings. As far as I’m concerned, the less my fiction resembles a fox hunt, the better.


Well, you know how we refer to traditional mystery writing: Sleuth hounds sniffing out the trail of the criminal, but led astray by red herrings. That’s fox hunt imagery. In many a jolly good British fox hunt, a prankster dragged a red herring across the fields, because the odor of the smoked fish was so strong it would almost certainly throw the hounds off the track.

Contemplating overdressed people on expensive horses galloping behind a pack of dogs, Oscar Wilde dubbed fox hunting “the unspeakable in full pursuit of the inedible,” thus begging the question: why? Why kill a fox? I have often wondered similarly, why the first body, the second body, and the third body?

I prefer to write crime fiction that is corpse-optional, about missing persons, abduction, stalkers, family secrets, bad guys poaching endangered animals or other environmental crimes. There are many non-cadaverous alternatives to murder, and they occur to me naturally enough when I try to write a mystery novel, as opposed to a fox hunt. I consider plotty plots with red herrings to be egregiously deceptive. Instead, I try for an original, character-driven work, a well-crafted narrative with no need for artifice. I say fences, foxes, red fish, forget it.

Why? Because a fox hunt is essentially an old-fashioned, frivolous pursuit, and so is the contrived murder mystery. Many of us, self included, enjoy a good the-butler-did-it, but today’s world, crime is no game. Nor, I think, do we want it to be. In today’s atmosphere of bad news, domestic abuse, drug trafficking, violence in the schools, and worse, I think there’s a need to acknowledge that villainy is not a cozy, orchestrated logic problem; evil is here, now, and it is messy. I think we need to write honest no-tricks mystery. Red herrings stink. 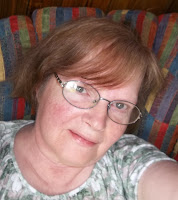 Nancy Springer has written fifty novels for adults, young adults and children, in genres that include mythic fantasy, contemporary fiction, magical realism, horror, and mystery -- although she did not realize she wrote mystery until she won the Edgar Allan Poe Award from the Mystery Writers of America two years in succession. Dark Lie is her first venture into adult suspense.
Born in New Jersey, Nancy Springer lived for many decades near Gettysburg, Pennsylvania, of Civil War fame, raising two children, writing, riding horseback, fishing, and birdwatching. In 2007 she surprised her friends and herself by moving with her second husband to an isolated area of the Florida panhandle, where the birdwatching is spectacular and where, when fishing, she occasionally catches an alligator.


A review of Dark Lie is posted on Stuff and Nonsense today.  I'm also giving away a copy of Dark Lie, courtesy of The Penguin Group.  Please stop by and comment to enter!