Should I query agents or self-publish? 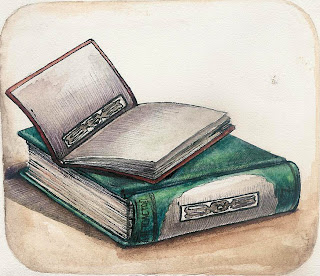 As soon as I started selling a lot of books, I also started getting a lot of emails from other authors, and one of the most frequently asked questions (besides "what’s your secret?") was whether they should self-publish or query agents.

I’m never quite sure how to answer that question, because it seems like an extremely personal choice--kind of like, “Should I go to college or try a trade school?” Only a qualified counselor can help answer that question, and they need a lot of information to help you make an informed decision.


Besides, what’s right for one person certainly isn’t right for the next, and I always feel hesitant to give advice when it seems so subjective. I don’t know an author’s circumstances, so it’s difficult to help them decide. I’m not an expert; I’m just another author, and all I can really do is speak from my own experience, which really is just one perspective of many.

But having said that, I did learn a few things along the way, and I’m always happy and willing to talk about them, because I know how frustrating and heartbreaking it can be to have something you’re proud of and then struggle to find others who will feel the same enthusiasm.

First, there are some questions you should ask yourself, ones I asked too, that helped me choose my own path. Here are a few of them:

What stage are you at in your process?

Have you already gone the querying route and found little success? If so, self-publishing may very well be a good option.

I tried for traditional publishing at first, because back then it was the only option available. I wanted more than anything to find an agent and publisher, but after receiving hundreds of rejections, I gave up. Then, once e-publishing (specifically, the advent of the Kindle) came along, I decided to try that.

Within a few years, I was selling a lot of books, making a nice living, and most important, was doing what I loved. Even better, I was the one in control. It was a great feeling, and suddenly having a publisher didn’t seem to matter much at all.

As it turned out, I was eventually approached by agents asking if I was interested in representation and ended up going with one of them. So in the long-run I ended up exactly where I'd been trying to go in the first place—I just found a different door.

How important is it to have a publisher’s name behind your work instead of your own?

Once I found success as an author (which incidentally, is a relative word, and in my opinion, should be defined by much more than sales) I realized that having a publisher’s name behind my work paled in comparison to the strides I was making on my own. Were there people still snubbing their noses at me? Absolutely. Did it bother me? Not so much because I knew I was achieving exactly what my “legitimate” counterparts were. I was just doing it in a different way.

For some, it’s still important to be associated with a traditional publisher, but I believe that’s quickly changing, and eventually, it won’t much matter. For me, getting my books into readers' hands was all I wanted, and now I'm doing that.

Are you willing to give up certain things?

If you go the traditional route you will make sacrifices—at least if you’re just starting out—and depending on which publisher you go with, the degree will vary. For one, you won’t have as much creative control over your work. Largely speaking, most traditional publishers have the final word over the content of your work (including your cover). As an indie author, it’s all up to you. For some, that's a big bonus.

Same thing goes for your profit margin. Being an indie author gives you far more leeway in this area. KDP currently offers a 70% profit on gross sales (for books $2.99 and up). Being with a traditional publisher will likely get you far less.
For some, this is extremely important. For others, not so much. So you should ask yourself how much control you’re willing to hand over to a publisher, and even more important, understand the terms of your agreement before you sign with them.

Can an agent help you reach your goals?

First of all, what are your goals? This was a question I struggled with before making my decision to finally work with an agent. When mine approached me, my first question was, how will I benefit from this relationship? His answer was that he wanted to help take my career to the next level, which made sense because that was also my own goal. Right now, he manages the foreign, audio, and television/film rights for my work, as well as those for U.S. publishing. I’ve recently signed a lucrative deal, which I hope—at least from my perspective—will indeed take my career to the next level.

The thing to keep in mind is that whatever decision you do make, you should be fully aware that this industry is changing at breakneck speed, and you have to think on your feet. What works for me—or anyone else—is likely going to change sooner rather than later. Do I think going indie is a great way to go? Absolutely. Do I think it’s a way to open doors that were previously closed off? You bet.

Do I think it’s the best route for you?

That’s for you to decide.

Andrew E. Kaufman is the author of The Lion, the Lamb, the Hunted and While the Savage Sleeps, both Amazon top 100 bestsellers this year. His books are the most borrowed, independently published books in the Kindle Owners' Lending Library, and his combined sales have reached well into the six-figure mark. He is represented by Scott Miller, Executive Vice President of Trident Media Group in New York. For more info about his work, please visit his website at: www.andrewekaufman.com