Life Without Parole by Clare O'Donohue.

When we first see Kate, she has just finished working on a budget home-design series, which she hates.  After work, she cocoons herself at home, mourning her estranged husband Frank, who died seven months earlier.  Although she insists (both to herself and others) that she's fine, her family and friends are worried about her.

Upon Kate's refusal to do another episode of the soul-sucking design series, the executive producer asks her to do a program about men who committed serious crimes and are serving long prison sentences. Kate quickly agrees, despite the fact that the show will by necessity be filmed in a prison.

Meanwhile, she is asked by a Los Angeles company  to produce a reality show about the opening of a new restaurant in Chicago, which would be titled "Opening Night".  Kate is reluctant, but they tell her that they've already discussed this with the producer of "Life Without Parole" who has assured them there will be no scheduling conflicts.  To sweeten the deal, they offer her 25% more than her usual rate, which she finds herself agreeing to.

It turns out that one of the partners in the restaurant venture is Vera, Frank's mistress, who insists on trying to be friendly with Kate.  Kate wants to back out, but can't, and discovers that the relationship between the restaurant's investors and staff is somewhat volatile.  She learns just how volatile when Vera finds the chef dead in the restaurant's kitchen and calls Kate for help.

I was almost surprised to realize that this is only the second book of the series featuring television producer Kate Conway.  When I began reading the book, it was as though I were re-connecting with a friend I'd known for some time.  I look forward to getting to know Kate even better. 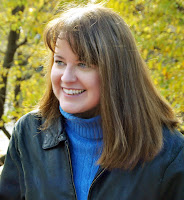 Clare O’Donohue is a freelance television writer and producer. She has worked worldwide on a variety of shows for Food Network, the History Channel, and truTV, among others. Life Without Parole is the second in the the Kate Conway mystery series. She is also the author of  the four-book in the Someday Quilts series, and is currently working on the fifth.


FTC Full Disclosure:  Many thanks to the publisher for sending me a copy of the book to review.
Posted by Unknown at 3:00 AM