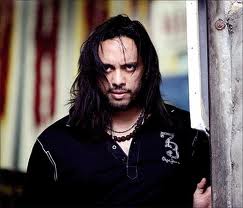 You’ve outlined a plot and created an appealing, complex protagonist for your thriller or other crime/action fiction — great start! But what about your antagonist? According to James N. Frey, “the villain is your best friend, because the villain creates the plot behind the plot — the plot that has to be foiled by the hero.”

The hero or heroine of your suspense novel needs a worthy opponent who is standing in his/her way and threatening other innocent people. As James Scott Bell says, “Without a strong opponent, most novels lack that crucial emotional experience for the reader: worry. If it seems the hero can take care of his problems easily, why bother to read on?”

And thrillers and other crime fiction need a downright nasty bad guy — but not a “mwoo-ha-ha” caricature or stereotype. If your villain is just a wicked cardboard caricature of what he could be, your readers will quickly lose interest. As Hallie Ephron says, “Characters who are simply monstrously evil can come off as old-fashioned clichés.”

To create a believable, complex, chilling villain, make him clever and determined, but also someone who feels justified in his actions. Ask yourself what the bad guy wants, how he thinks the protagonist is standing in his way, and how he explains his own motivations to himself.

How does your villain rationalize his actions? He may feel that he is justified because of early childhood abuse or neglect, a grudge against society, a goal thwarted by the protagonist, a desire for revenge against a perceived wrong, or a need for power or status — or money to fund his escape. Whatever his reasons, have them clear in your own mind, and at least hint at them in your novel. Like the protagonist, the antagonist needs motivations for his actions.

To give yourself the tools to create a realistic, believable antagonist, try writing a mini-biography of your villain: his upbringing and family life, early influences, and harrowing experiences or criminal activities so far. As Hallie Ephron advises us, “Think about what happened to make that villain the way he is. Was he born bad, or did he sour as a result of some traumatic event? If your villain has a grudge against society, why? If he can’t tolerate being jilted, why? You may never share your villain’s life story with your reader, but to make a complex, interesting villain, you need to know what drives him to do what he does.” Creating a backstory for your antagonist will help you develop a multidimensional, convincing bad guy.

Many writing gurus advise us to even make the antagonist a bit sympathetic. James Scott Bell says, “The great temptation in creating bad guys is to make them evil through and through. You might think this will make your audience root harder for your hero. More likely, you’re just going to give your book a melodramatic feel. To avoid this, get to know all sides of your bad guy, including the positives.”

Bell suggests that, after we create a physical impression of our antagonist, we find out what her objective is, dig into her motivation, and create background for her that generates some sympathy — a major turning point from childhood or a powerful secret that can emerge later in the book.

Not everyone agrees with that approach, however. James Frey, on the other hand, says “in some cases, it is neither necessary nor perhaps even desirable to create the villain as a fully fleshed-out, well-rounded multidimensional character.” Many readers just want to a bad guy they can despise, and are not interested in finding out about his inner motives or his deprived childhood. That would dilute our satisfaction in finally seeing him getting his just deserts.

Frey does feel it’s extremely important to create a convincing, truly nasty villain, one who is “ruthless, relentless, and clever and resourceful, as well as being a moral and ethical wack job,” and one who is “willing to crush anyone who gets in his way,” but doesn’t feel it’s necessary to give us a great deal of information on the villain.

As kids, we loved to see good prevail over evil, and the nastier the villain, the harder they fell — and the greater our satisfaction. Perhaps Frey’s “damn good villain” hearkens back to those times, and his ultimate demise evokes greater reader satisfaction. Forget analyzing the bad guy — just build him up, then take him out!

On the other hand, many readers today are more sophisticated and want to get away from the caricatures of our popular literary heritage… hence, advice from writers like Ephron and Bell to develop more multidimensional antagonists with a backstory and clear motivations.

What do you think? Make the villain nasty, evil and cruel through and through, or give him some redeeming qualities to make him more realistic? Show some of his background and motivations, or just stick with his current story goals and plans?