By Andrew E. Kaufman
For those of you who haven’t heard me shouting it from the rooftops, I’ve just released my second novel. A lot of things happen to me during the course of writing a book. Quite often between my fits of frustration and desperation, I also have bursts of revelation, and those moments seem golden. As I dig deep within myself to create my characters and my stories, I also discover things about myself and about the world that I never knew before. Sometimes those discoveries are immediate, but sometimes I don’t see them until after I’ve had a chance to decompress and breathe a little.
In this case, my main protagonist taught me the lesson. His name is Patrick, and to date, I think he’s the one I’ve enjoyed writing the most. Like many of my characters, he’s deeply flawed. Some would call him damaged goods, but I don’t see him that way at all; he’s human, and like all of us, he has challenges. When I created him, I wanted to raise the stakes like I’ve never done with any other character before, to push obstacles in his way that seemed insurmountable—at least to him—both on an internal and external level. Then I wanted to see him fight like hell to overcome them. Funny thing happened in that process: as I wrote the book, I found myself struggling right alongside him like I’ve never done before—I had to, in order make the story come to life. 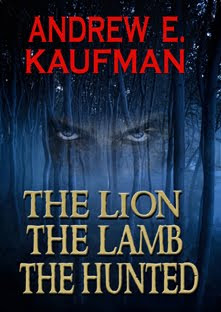 Patrick suffered a horribly abusive childhood, has Obsessive Compulsive Disorder, and as if that weren’t enough, he’s a bleeder. The blood disease is a metaphor; he’s been deeply injured, and as a result, is deeply vulnerable. On a physical level, he lives with the day-to-day fear of being injured, of bleeding to death, and his emotional state is much the same—he’s scared of being exposed, of being wounded. Because of those internal and external fears, instead of living his life, he becomes imprisoned by it.

Enter the next layer. With the OCD, his particular compulsion is listing; he writes the same words over and over. To raise the stakes even more, he’s a journalist: a writer, trapped by his own words. The irony in that fascinated me, and I used it as a device to show his tension. As his situation becomes more dangerous, his disorder becomes more pervasive, so he's fighting his battles on two levels.

I grew to love Patrick just as I would my own child. It happens with many of my characters, and I’ve often tried to figure out exactly why that is. True, I create them, and in order to portray them in a realistic and meaningful way, I often need to throw myself into their minds and experience their emotions much as they would. Mentally, it can be exhausting, however, in the process, I suppose, some sort of bond occurs. But I’ve always suspected there was more to it than just that; I just couldn’t figure out what it was. 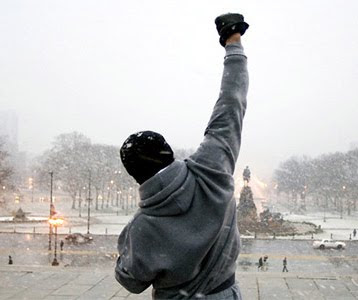 Then Patrick showed me.

I began to realize that the reason I liked him so much was because those very flaws, the ones he felt so crippled by, were the ones that made him seem so much more real, and as a result they endeared me to him.

Imperfections aren’t what separate us; they’re what connect us as humans because we all have them. And just as in real life, watching people triumph over them makes us feel like we can do the same. Think about it (I’m dating myself here): how did it make you feel watching Rocky climb to the top of those steps while that exuberant theme song played? For me, I might as well have been right there alongside him; I sure felt like I was.

Being vulnerable is like opening a door; it allows people in, helps them understand us a little better, helps us connect.

Patrick taught me that.